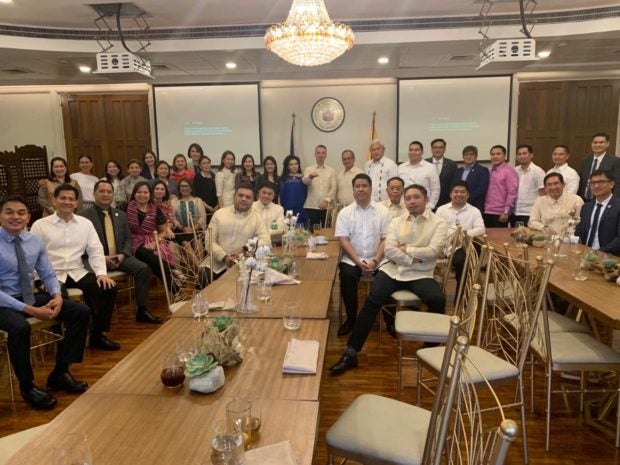 In a text message to INQUIRER.net, PDP-Laban spokesperson and House Deputy Speaker Johnny Pimentel said that “budget” was discussed during the meeting, but did not provide further information.

The meeting took place amid issues surrounding an alleged coup being hatched by Velasco, who Cayetano said was promising chairmanship and budget allocation to some members of the lower chamber.

Velasco has denied the alleged ouster plot, saying the reports were “baseless” and that he is honoring the term-sharing deal between him and Cayetano.

The Marinduque lawmaker is set to take over as House Speaker in October under a term-sharing agreement with Cayetano.

“Up to this day, I continue to honor the term-sharing agreement brokered by no less than President Rodrigo Duterte when the 18th Congress convened in July 2019. From the beginning, I never had any intention of reneging on this agreement. Tayo po ay lalaking may isang salita,” Velasco said in a statement.

Earlier, Pimentel belied the alleged coup and said that the party is in “full support” of the programs of the current House leadership.

On March 2, Cayetano et with two of the largest political parties in the lower chamber — the National Unity Party (NUP) and Lakas-Christian Muslim Democrats (CMD).