Despite ‘glaring evils,’ why is there no action vs POGOs – Robredo | Inquirer News
Close
menu
search

Despite ‘glaring evils,’ why is there no action vs POGOs – Robredo 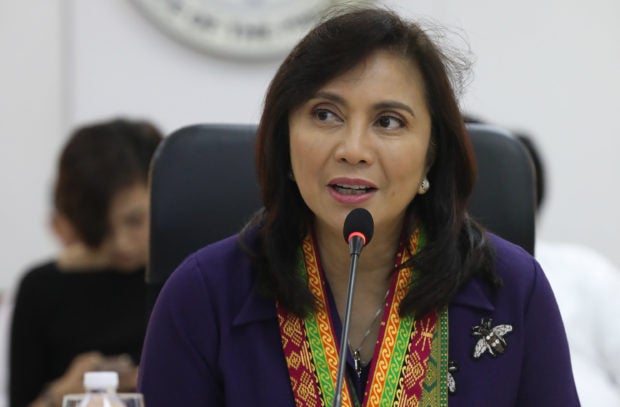 MANILA, Philippines — Despite the “glaring evils and corruption” surrounding Philippine offshore gaming operators (POGOs), why is the administration still not acting on these issues?

Vice President Leni Robredo posed this question as concerns over crimes linked to POGOs continued to pile up following several investigations conducted by different committees in the Senate.

“We’ve been calling out these POGOs for more than a year… We’ve been saying that they’re worrisome,” Robredo said in Filipino in her weekly radio show, “BISErbisyong LENI” over AM radio station DZXL

“The evils, the corruption involved have become so glaring, and yet nothing is happening… I don’t know what more we have to wait for before we get into action… We’ve been discussing this for so long.”

She noted the immediate action taken by administration when it came to suspending gaming activities of the Philippine Charity Sweepstakes Office (PCSO) due to “massive corruption.”

“They were shut down without any investigation. In this case, it’s already glaring [yet nothing is being done]?,” Robredo said.

Among the crimes purportedly connected to the POGO industry are money laundering, prostitution, and human trafficking.

In an exposé last month, Sen. Risa Hontiveros bared the so-called pastillas bribery scheme in the Bureau of Immigration (BI) through which its officers purportedly extort money from Chinese nationals, most of whom are employed as POGO workers, in exchange for seamless into the country and “VIP treatment.”

“We have seen that so many [illegal workers] have come in because of corruption in the Bureau of Immigration. Why was not this seen when it’s been happening for so long?” Robredo said.

“There have been calls to look into it. And the calls were not to stop it but only to scrutinize it because there were so many suspicious activities,” she added.

“So many crimes have been committed. There have been many victims. But there has been no action taken,” she further said.

She then joined calls to halt the operations of POGOs.

She said the negative effects of POGOs on the country outweigh the supposed benefits they bring to the Philippine economy.

“There have been so many negative effects, so many reasons for us to stop them,” Robredo said. “For me, I hope that action will be taken as soon as possible.”