Florida: 2 dead in the state who tested positive for virus 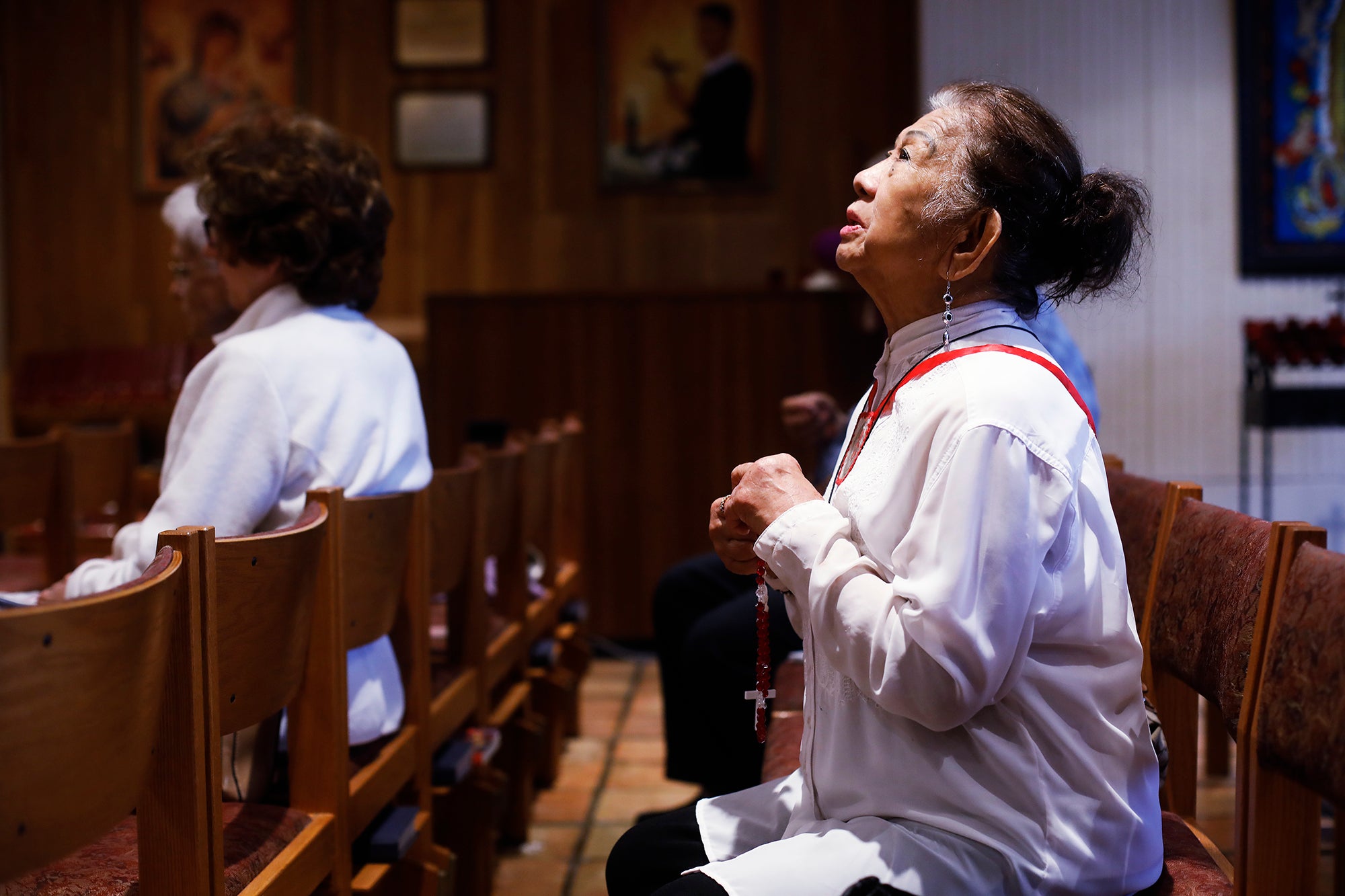 Esther Gianan, of Tampa, a retired registered nurse, prays for those who are affected by the coronavirus during Mass at St. Lawrence Catholic Church in Tampa, Fla., Friday, March 6, 2020. (Octavio Jones/Tampa Bay Times via AP)

FORT LAUDERDALE, Fla. — Two people who tested positive for the new coronavirus have died in Florida, marking the first deaths on the East Coast attributed to the outbreak in the U.S., health officials said Friday.

Helen Aguirre Ferre, a spokeswoman for Florida Gov. Ron DeSantis, confirmed the deaths on Twitter, writing the individuals were in their 70s and had traveled overseas. She did not immediately respond to an email seeking comment Saturday.

The announcement raises the U.S. death toll from the novel coronavirus strain to 16, including 13 in the state of Washington and one in California.

One of the Florida deaths was that of a man with underlying health issues in Santa Rosa County in Florida’s Panhandle, according to the statement. DeSantis said Saturday that the man had traveled internationally, potentially to Egypt or Israel.

The health department added that the second death was that of an elderly person in Lee County, in the Fort Myers area.

One of the new cases was only confirmed after the person had died, according to the statement. A 65-year-old man and a 75-year-old man also tested positive Friday, both in Broward County, home to Fort Lauderdale. The state’s health department said both men have been isolated until public health officials clear them.

Two more cases were confirmed Saturday. The governor said a female in her 50s who had traveled internationally also tested positive in Charlotte County. Earlier in the day, the Florida Department of Health tweeted another case was confirmed in Lee County, adding the individual was isolated and being appropriately cared for, but did not release the patient’s age, gender or whether they may have recently traveled.

DeSantis met with Vice President Mike Pence, Sens. Marco Rubio and Rick Scott, and heads of the cruise line industry to discuss the effect of the coronavirus. The governor stressed the risk to the elderly, especially those with underlying health conditions, urging them to “stay at home if you need to. Avoid large crowds.”

He also directed the Florida Division of Emergency Management to activate at the next level to provide additional support and critical resources to the state and county health departments.

Officials had previously announced that five Florida residents who had been traveling in China have also been quarantined elsewhere after testing positive for the virus.

Officials said the risk to those in the state remains low as most cases have concentrated in Washington state and California, where a cruise ship is being held off the coast after a passenger on a previous trip died and others became infected.

But at least in Miami, city officials canceled two large music festivals over fears that crowded events could spread the new virus more widely. It is not clear whether state officials will implement any other drastic measures ahead of Florida’s busy Spring Break season later this month.

Florida Gov. Ron DeSantis asked state lawmakers Friday for $25 million for health officials to use immediately in the state’s response to coronavirus.

DeSantis said he expects Florida to receive at least $27 million from the federal government, along with an extra $500,000 from the U.S. Department of Health and Human Services to immediately cover costs like lab equipment and staffing.

Read Next
Latin America’s first coronavirus fatality is in Argentina
EDITORS' PICK
Someone from the Philippines can become $356 Million richer this Tuesday
Cherry Mobile teams up with Cloud Panda PH, launches online store
Trump took shelter in White House bunker as protests raged
Calida attends House hearing on ABS-CBN franchise
Leveling up your ‘lutong bahay’ with the kitchen companion you never knew you needed
WATCH: Edsa traffic blues on GCQ Day 1
MOST READ
‘If I had not been SolGen, I will make you eat your words,’ Calida tells Coco Martin
5 car dealership outlets shutting down
Calida says he is not ‘at loggerheads’ with Congress on ABS-CBN issue
WATCH: Edsa traffic blues on GCQ Day 1
Don't miss out on the latest news and information.