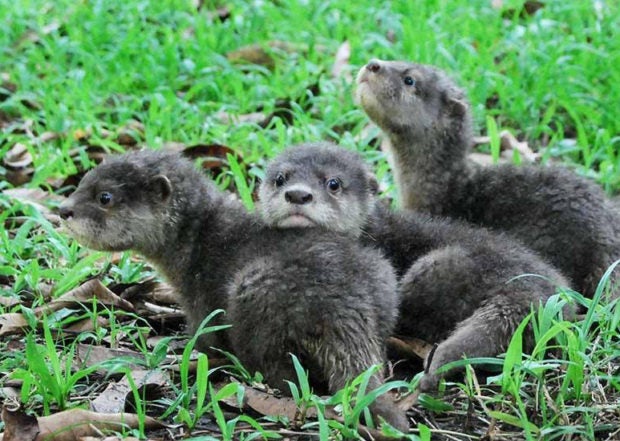 PUERTO PRINCESA CITY, Palawan, Philippines — Palawan, on top of being a global tourist destination, is a center of biodiversity that serves as a refuge for hundreds of threatened animal species.

One such creature is the Asian small-clawed otter, a cute and fuzzy semiaquatic mammal said to be the smallest otter in the world.

Endemic to the province, the Palawan otter (Aonyx cinereus) is often overlooked in environmental protection and conservation efforts. In fact, there are only scant scientific studies on its taxonomy, characteristics, distribution and habitat.

Jessa Garibay-Yayen, cofounder of Centre for Sustainability and a member of the otter specialist group of the International Union for Conservation of Nature (IUCN), said lobbying to strengthen protection for the Palawan otter has been “challenging because the data was very limited and they (otters) are understudied.”

Palawan otters live near coastal wetlands and mountain streams. Their fur is typically brown, sometimes cream-colored with a reddish tinge; their undersides are paler brown, and the edge of their upper lips, chin, throat, and sides of neck and face are grayish-white.

Their claws are reduced to small rudiments that do not project beyond the tips of the digits, which makes their tracks distinguishable from those of other otters by the absence of claw marks.

Females are known to be a little smaller than the males. An adult is about 33 centimeters long, excluding the tail, which is about two-thirds of the body length.

The Palawan otter was first filmed in the wild in Cleopatra’s Needle Forest Reserve, one of the oldest and most diverse forests in the country, in 2015 by a group of scientists. They were accidentally caught on camera traps during a rapid biodiversity assessment.

This species can also be found in Bangladesh, Bhutan, Brunei, Cambodia, China, India, Indonesia, Laos, Malaysia, Myanmar, Nepal, Singapore, Taiwan, Thailand and Vietnam. It has also been introduced in the United Kingdom.

“Otter population is now declining rapidly due to habitat loss and the decrease of quality of the wetlands,” Yayen said.

The size of the small-clawed otter population in the wilds of Palawan is yet to be determined, she said.

Known to be deeply social, otters that are separated from their family groups later become psychologically disturbed.

“The biggest impediment in otters is that they are super cute, fuzzy and soft that people want to have them as pets. In reality, it is not ideal because it affects their psychological behavior and they become aggressive,” Yayen said.

Otter cafés that are popular in Japan do not tell the bloody story of how the otters have been poached and shipped to Japan.

The young otters called cubs are forcibly separated from their parents, which are often killed by poachers. 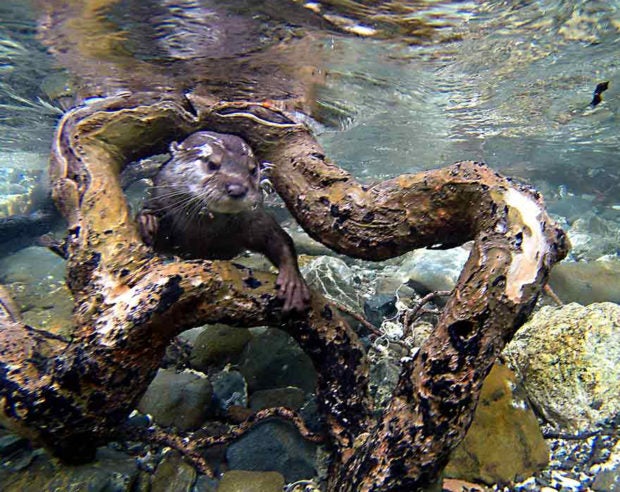 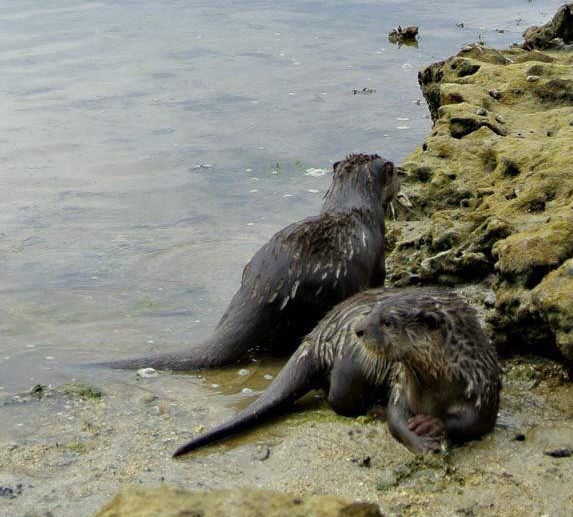 UNDERSTUDIED Conservationists are lobbying to have the status of the Palawan otter (Aonyx cinereus) updated from Appendix II to Appendix I under the Convention on International Trade in Endangered Species, to give the animal more protection against illegal wildlife trafficking. —PHOTOS BY DIANA J. LIMJOCO / CONTRIBUTOR

“People go to those cafés just to take a selfie and pet otters, not knowing that the reality is that you’re taking the whole family. The selfies come at a very high cost,” Yayen added.

Otters are also being poached for meat as demand rises in the exotic animals market.

The Asian small-clawed otter was categorized as a “vulnerable” species by the IUCN in 2015 based on the more than 30-percent decline in its global numbers over the past 30 years.

This otter species was reported to have disappeared from the western Himalayan foothills, southern China, southeastern India and some parts of Myanmar, due to poaching for the local and international markets, and, more recently, for pets sold via the internet.

Scientific expeditions and conservation efforts have been established to protect and sustain the Palawan otter.

Its supporters made a strategic move in June 2019 to push to update the Palawan otter’s status from Appendix II to Appendix I of the Convention on International Trade in Endangered Species (CITES).

An updated status would mean international trade of this species would be prohibited and that would strengthen protection against illegal wildlife trafficking.

“We had a very challenging task,” Yayen said, recalling the politics of lobbying.

She pointed out that “the nomination process, the collating of supporting data and looking for other organizations from other countries to tag-team with was difficult because they mostly are unaware of the [Asian small-clawed] otters, so we had to lay the groundwork.”

The CITES formally recognized and acknowledged the bid for an Appendix I status of the Asian small-clawed otters in August 2019.