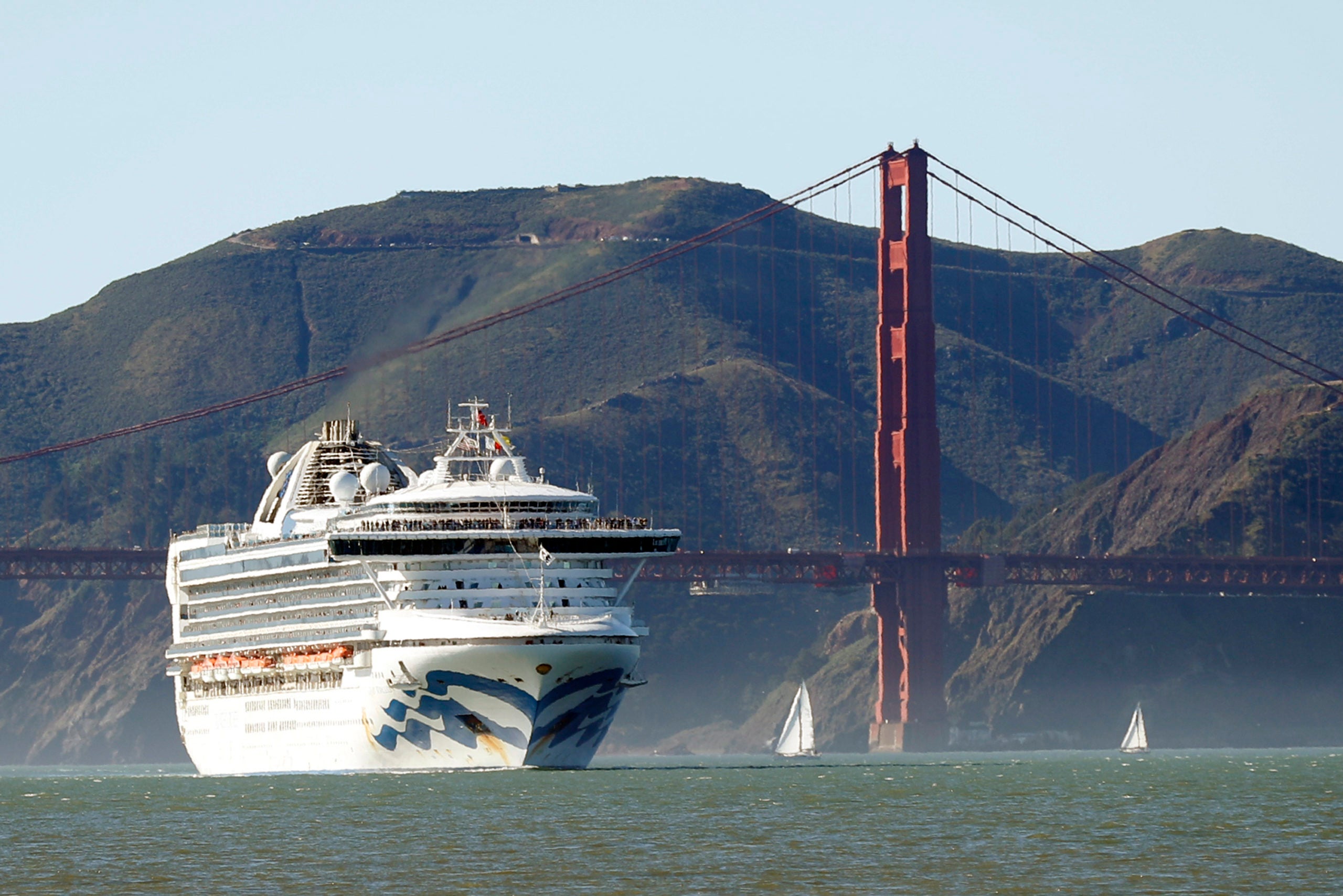 FILE – In this Feb. 11, 2020, file photo, the Grand Princess cruise ship passes the Golden Gate Bridge as it arrives from Hawaii in San Francisco. Scrambling to keep the coronavirus at bay, officials ordered the cruise ship to hold off the California coast Thursday, March 5, to await testing of those aboard, after a passenger on an earlier voyage died and at least one other became infected. (Scott Strazzante/San Francisco Chronicle via AP, File)

MANILA, Philippines — The World Health Organization (WHO) on Saturday said it is verifying reports that six Filipino crewmen of the Grand Princess now anchored off California, in the United States, have tested positive for the deadly coronavirus disease (COVID-19).

Dr. Rabindra Abeyasinghe, WHO Representative in the Philippines, said 46 people aboard the quarantined cruise ship, have been tested for COVID-19.

Of the 46 tested, 21 are crew members while two are passengers of the cruise ship. Of those tested, six are Filipinos.

“I understand there are six Filipinos, these are unconfirmed reports, among the positive, six of them are Filipino crew members,” he said during the press conference at the Department of Health’s main office in Manila.

The foreign affairs department previously confirmed that there are 518 Filipinos among the crew members of the Grand Princess.

Read Next
Bong Go to recommend to Duterte declaration of state of public health emergency
EDITORS' PICK
What to watch out for when selecting a video surveillance solution
Heads may roll at BOC, says Palace if sugar smugglers are allowed to use recycled import permits
vivo brings to the Philippines a powerful smartphone with a slimmer body, the vivo Y02s for only PHP 6,499
DOH reports increase in daily COVID-19 deaths, mostly unvaxxed
Palace: Biggest supermarkets in PH commit to sell sugar at P70 per kilo
House energy committee chair Arroyo bats for cheap electricity
MOST READ
DepEd to give teachers P5K cash allowance within first week of classes
Alyssa Valdez to miss Creamline’s AVC Cup campaign
DOJ indicts bank officer in $2.1 billion Wirecard fiasco
GSIS cool to idea of lowering retirement age in PH
Don't miss out on the latest news and information.