‘Kumander Bilog’ to appear before high court on March 12 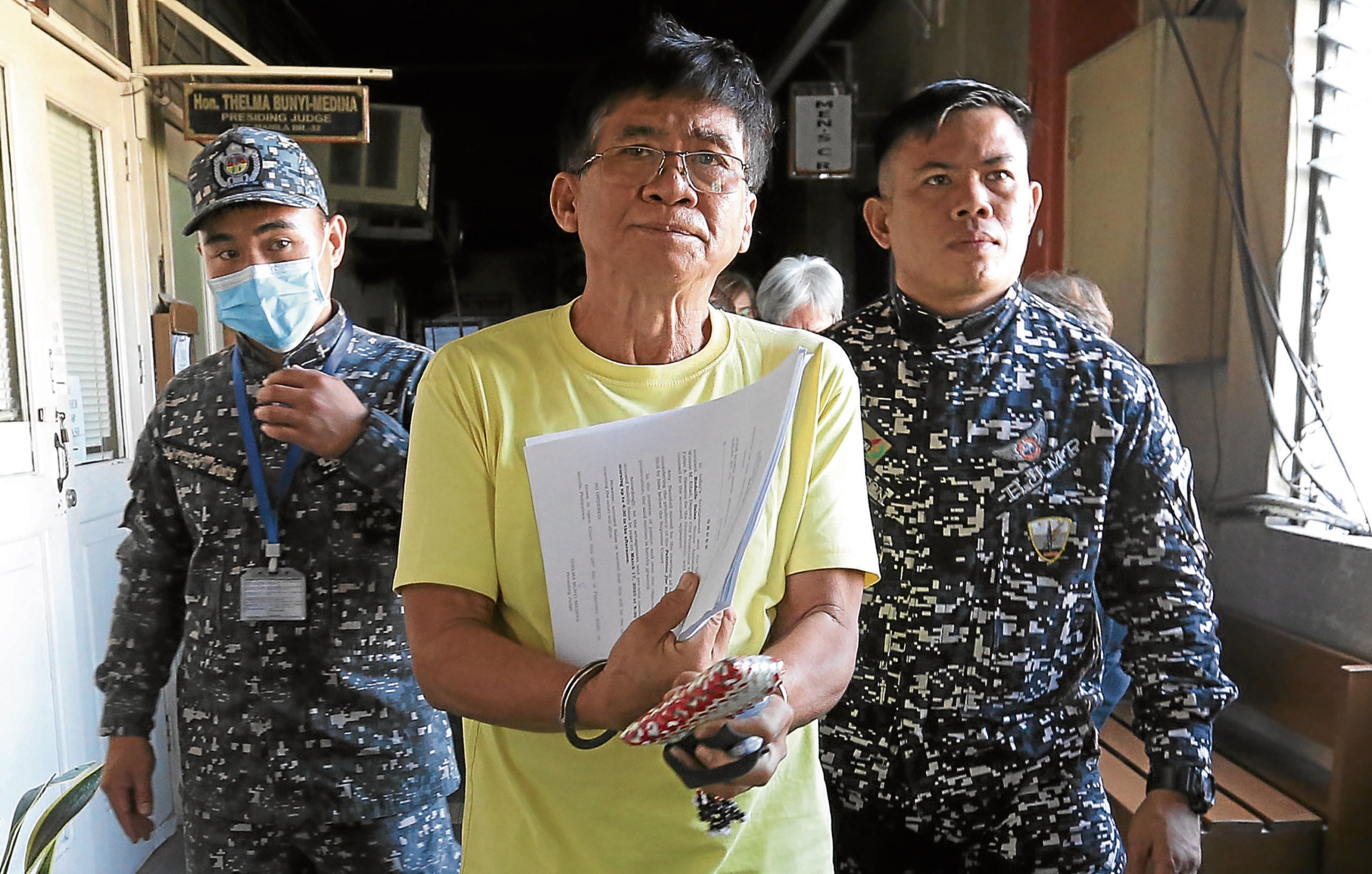 ARRAIGNMENT Former NPA leader Rodolfo Salas aka Kumander Bilog is brought to a Manila court for his arraignment on Feb. 28. —JOAN BONDOC

The Supreme Court has ordered the warden of the Manila City Jail Annex to bring former New People’s Army (NPA) leader Rodolfo Salas before the high court’s Third Division for a public hearing on March 12.

In an order dated March 2 but released to the media on March 5, the court’s five-member Third Division chaired by Associate Justice Marvic Leonen granted the petition for a writ of habeas corpus filed by Salas’ son Jody, and decided to hold oral arguments to determine whether the 72-year-old former NPA commander should be released from detention.

According to the Supreme Court order to jail Chief Inspector Lloyd Gonzaga, Salas, who has been detained since his arrest on Feb. 18 in Pampanga, should appear before the court on March 12 at 9:30 a.m.

Salas’ son and the Free Legal Assistance Group (FLAG) have contended that the former NPA’s “Kumander Bilog,” suffered double jeopardy and lack of due process in his arrest on revived murder charges over alleged executions within the rebel organization during the 1980s.

According to FLAG, Salas served a six-year sentence from 1986 to 1992 for rebellion, and that his completed sentence had absolved him of all crimes related to his NPA activities.

Salas’ lawyers invoked the Hernandez-Enrile doctrine of the Supreme Court which considers common crimes committed under rebellion, including “destruction of life and property,” as one offense.

Being charged with 15 counts of murder in furtherance of rebellion violates Salas’ right against being punished twice for the same offense, FLAG said.