Cascolan is PNP OIC as Gamboa recovers from helicopter mishap 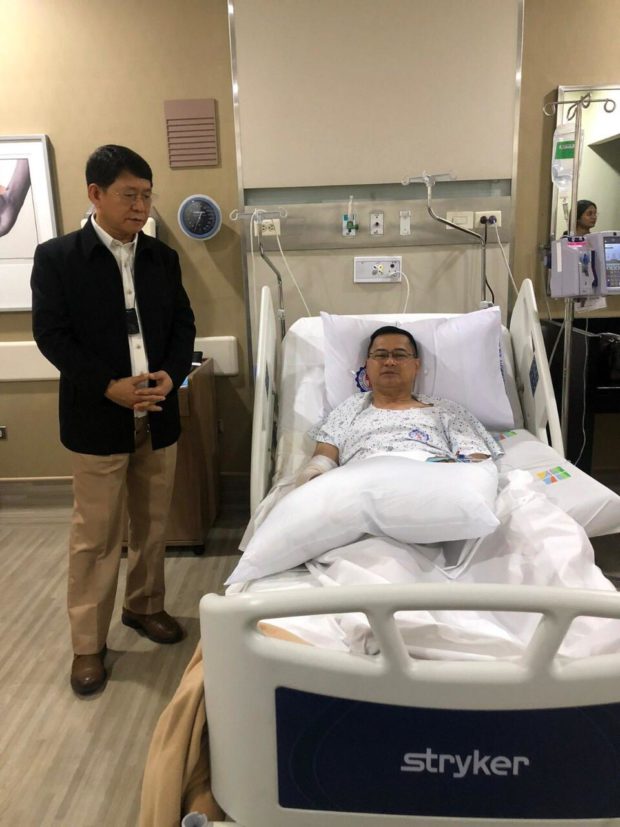 MANILA, Philippines — Lt. Gen. Camilo Cascolan, deputy chief for administration of the Philippine National Police (PNP), will be the officer-in-charge of the police organization as PNP chief Gen. Archie Gamboa recovers from injuries he sustained during Thursday’s helicopter crash in San Pedro, Laguna.

This was the order of Secretary Eduardo Año, of the Department of the Interior and Local Government (DILG), which has jurisdiction over the PNP.

As deputy chief for administration, Cascolan is the second-in-command in the police force, next to Gamboa.

Meanwhile, Gamboa, in a video released by the PNP Public Information Office Thursday night, said he is “okay” and will return to work on Monday.

“Sa ating mga kababayan at lalo na sa ating mga kapulisan, ako ay lumabas ngayon dito para ipakita sa inyo na okay ako. Hindi naman ako nasaktan (To our countrymen, especially to police officers, I decided to show up in this video to show you that I am okay. I was actually not hurt),” he said.

All individuals in the helicopter are safe and sustained minor injuries, except Magaway and Ramos who remain unconscious and in critical condition as of posting time.