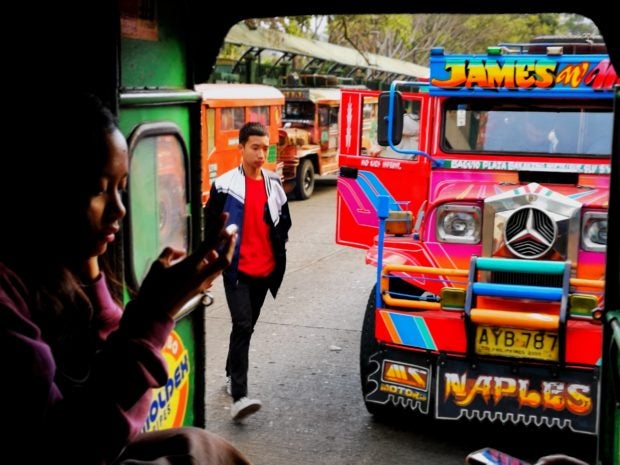 CHEAP RIDE The jeepney is still the cheapest mode of transportation in Baguio City and in other parts of the Cordillera region. EV ESPIRITU

BAGUIO CITY—It’s still a long way for driverless taxis to be serving residents in the Cordillera but local governments can tap 26 years of smart transport technologies to keep travel through mountain roads safe, experts said.

The artificial intelligence programs used to regulate traffic in Metro Manila can be repurposed for cities and towns in the region, said Jowhell Villegas, a member of the Department of Public Works and Highways (DPWH) bureau of quality and safety.

According to Villegas, ride-sharing applications (apps) have also inspired technicians to develop route apps for public buses and jeepneys that provide commuters the time to queue for a ride.

Cordillera can also adapt technologies from countries like India which developed “smart life poles” which emit the sounds of car horns when two vehicles are about to collide, said Villegas, who teaches traffic engineering at Mapua University.

He did not say how many road accidents have been recorded in Benguet, Mountain Province, Ifugao, Kalinga, Apayao and Abra although most of them are characterized by falling boulders and vehicles falling off road cliffs.

Government engineers have been focused on mountain highway safety due to a rise in tourist traffic in the region, particularly in Baguio City.

The DPWH’s concern over the fragility of mountain travel and the engineering work needed to keep motorists safe has been highlighted by the recent closure of scenic Kennon Road due to frequent landslides, Villegas said.

Aside from accidents, travel here has been hampered by traffic congestion which traffic engineers need to address, he said, because it also affects the transport of goods such as vegetables grown in the region and sold in Metro Manila.

In 2014, the DPWH was asked to “formulate an effective traffic management plan for festivals,” due to the overcrowding generated by Panagbenga (Baguio Flower Festival), Villegas said.

Part of the problem was that the Cordillera, like the rest of the country, is “car dependent,” and the sustainability of the mass transport system has been a sore point for mountain communities, he said.

Buses and jeepneys are still the cheapest form of commuter travel here, although the latest government audit shows that some communities are underserved by public utility vehicles that have been crowding urban areas, he said.

Some of the solutions may emerge from Baguio, which is piloting some of these smart transport technologies as a beneficiary of the low-carbon transport project of the Department of Transportation (DOTr).

The DOTr has also packaged a cable car system for the city which engineers are now reviewing.