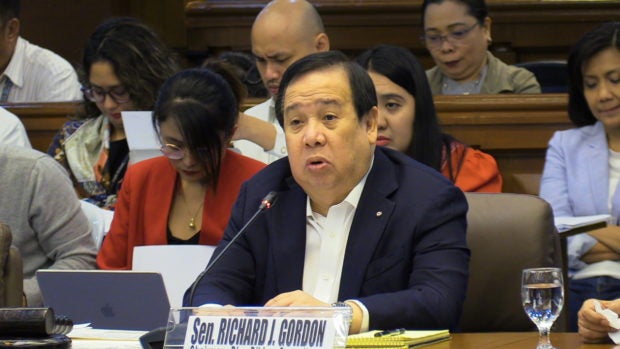 MANILA, Philippines — Senator Richard Gordon, who heads the Senate blue ribbon committee, on Thursday issued a subpoena to seven individuals being linked in smuggling dirty money into the country.

The seven individuals are a part of the “Rodriguez” group—one of the two suspected syndicates that allegedly brought into the Philippines about P18.7 billion in alleged laundered cash.

The subpoena ad testificandum released by Gordon’s office was addressed to the following:

Following the Senate blue ribbon committee’s hearing into the alleged money laundering, crimes, and other nefarious activities associated with Philippine Offshore Gaming Operators (Pogo), Gordon said he will get the Rodriguez group arrested if they will not show up in the next hearing.

“They are part of [a] pyramiding network. They sell beauty products… Lahat sila member nun. I am amazed ang lakas ng loob nila eh [all of them are members of that. I am amazed they have the guts doing that],” Gordon told reporters.

Gordon also believes he has enough evidence to link the group in the scheme.

“Putting so much money into our country, you can practically change the dollar value and the peso value. You can actually create a bubble with all that money,” Gordon said.

“I think they are using the money essentially una sa [firts of all] property. Some people are putting in the money and yun ang ginagamit pambili ng property [and that what they use to purchase property],” he added.

Customs Commissioner Rey Leonardo Guerrero earlier reported that the Rodriguez group was able to sneak in about $200.24 million or P10.13 billion from July 2019 up to January this year.