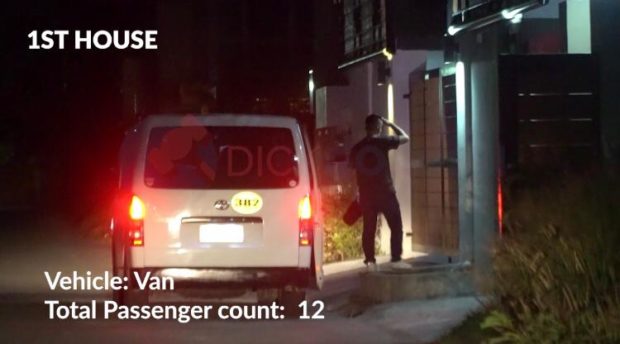 Screengrab from video presented by Sen. Richard Gordon during his privilege speech on Tuesday (Mar. 3). Courtesy of Sen. Gordon’s office.

MANILA, Philippines — The influx of Philippine Offshore Gaming Operators (POGOs) workers who have taken up residence in a Parañaque subdivision have used up so much of the community’s resources and facilities that Filipino residents there have experienced a “deterioration of quality of life.”

At the continuation of the Senate Blue Ribbon committee hearing on alleged money laundering and other crimes associated with the proliferation of POGOs in the country, committee chairman Senator Richard Gordon presented a video of an interview with a resident of a Parañaque suburb who decried the changes in their community.

“Pia Gray” narrated that after the POGOs had been allowed to operate, there had been a “dramatic increase” in the population of their community, as the Chinese workers ballooned in number.

“‘Yung influx ng population sa community, yung dramatic increase, it’s really taxing our resources and facilities in the village,” the resource person, who was shown in the video in a silhouette, said.

According to Pia Gray, there are residential spaces in their area that are only meant for single families but are occupied by a minimum of 40 Chinese nationals. “‘Yung iba nga 200, 100 plus (persons) in one single house.”

Pia Gray also complained of the effects on their community of the high number of vehicles that pick up the workers, prompting her to decry the worsening state of their affairs.

“Nakaranas na kami sa village namin nagkaroon ng raid and then there were so many witnesses, residents, na may tumalon from the third floor of that house na mga nakahubad na lalaki at babae,” Pia Gray said.