The drugs and paraphernalia seized in the towns of Lal-lo and Tuao, Cagayan province. PHOTO FROM PDEA

TUGUEGARAO CITY- Two drug suspects were arrested on Tuesday (Mar. 3) in separate police operations in the Cagayan towns of Lal-lo and Tuao.

In Lal-lo, police and agents of the Philippine Drug Enforcement Agency (PDEA) arrested Elmar Laforga, 28, who was caught with a purse containing six sachets of suspected shabu (crystal meth) worth P24,000. He was also carrying a hand grenade and three bullets for a .45 caliber handgun. 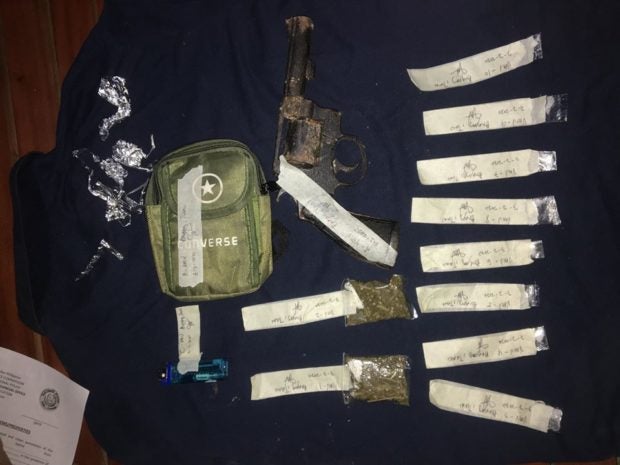 The drugs and paraphernalia seized in the towns of Lal-lo and Tuao, Cagayan province. PHOTO FROM PDEA

In Tuao, PDEA agents detained Jamuel Jose, a 40-year-old councilor of the village of Angang, for possession of eight sachets of suspected shabu, two sachets of dried marijuana leaves, a .38 caliber revolver and assorted drug paraphernalia.