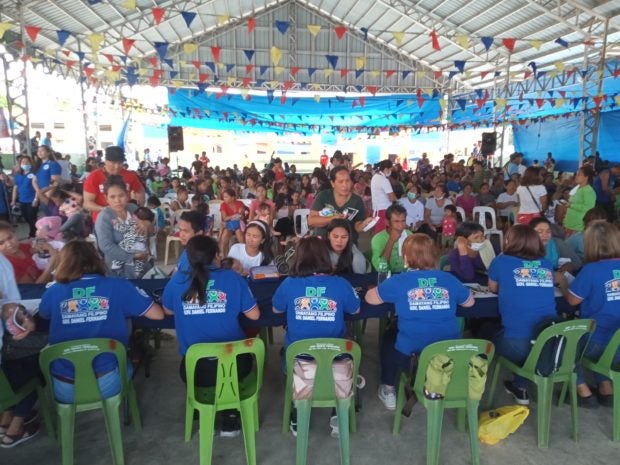 CITY OF MALOLOS –– Close to 1,000 people displaced by the Taal volcano eruption on Wednesday received medical aid, food packs, and free hair grooming from the provincial government of Bulacan.

The mission, dubbed “Tulong Bulacan para sa nasalanta ng Bulkang Taal,” was the second part of Bulacan’s humanitarian aid to the victims of the volcano eruption.

Fernando and his team also brought about 100 boxes of medicines and 1,100 food packs, including bottled water.

The beneficiaries belong to families from Batangas’ San Nicolas and Agoncillo towns.

These families were given temporary houses in the vacant government housing project in Ibaan.

Ramon Gamo, village chair of Pulang Bato in San Nicolas town, said they were hoping to receive their own houses in the unoccupied units.