MANILA, Philippines— Thirteen of 24 senators, including those closely allied with President Rodrigo Duterte, have filed a resolution authorizing the National Telecommunications Commission (NTC) to grant ABS-CBN and its subsidiaries provisional permit to operate while Congress tackles their franchise renewal.

Senate Resolution No. 344 was the latest measure to be filed in the Senate on Wednesday for the continued operations of ABS-CBN and its subsidiaries like ABS-CBN Convergence InC, Sky Cable Corporation, and Amcara Broadcasting Inc.

This brings the total number of resolutions and bill to four—all seeking a provisional authority for ABS-CBN while Congress deliberates on its franchise renewal.

“The Department of Justice expressed that there is sufficient equitable basis for the NTC to issue a provisional authority to broadcast companies, under the terms and conditions as the NTC shall deem necessary until Congress’ final disposition of their franchise renewal bills,” it said.

There have been several bills, seeking to renew the network’s franchise for another 25 years but they remain pending at the House of Representatives.

The network’s franchise is set to expire on May 4 this year.

Until now, however, the House has yet to hold a public hearing on the issue.

The Constitution provides that all legislative franchises must emanate from the House before it is transmitted to the Senate for approval and then to the President for signature. 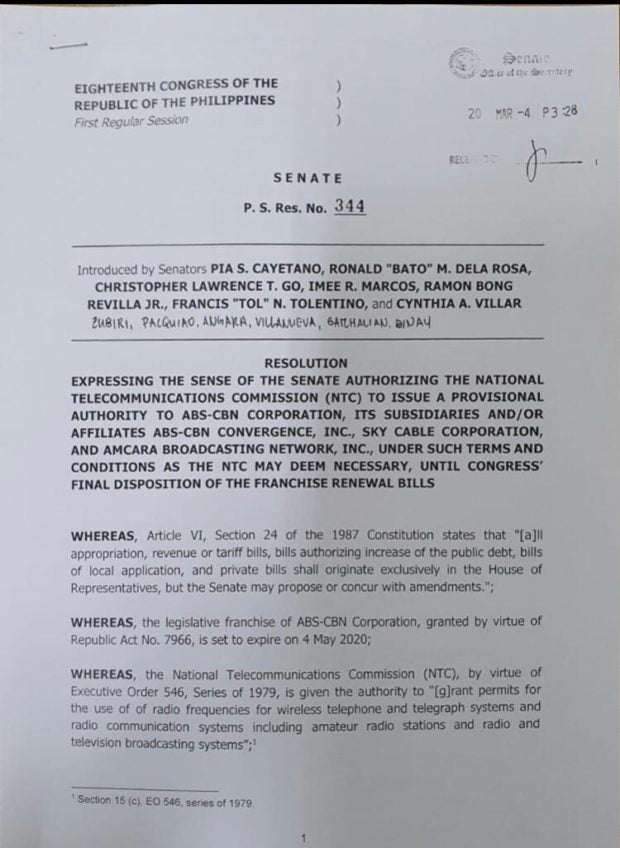 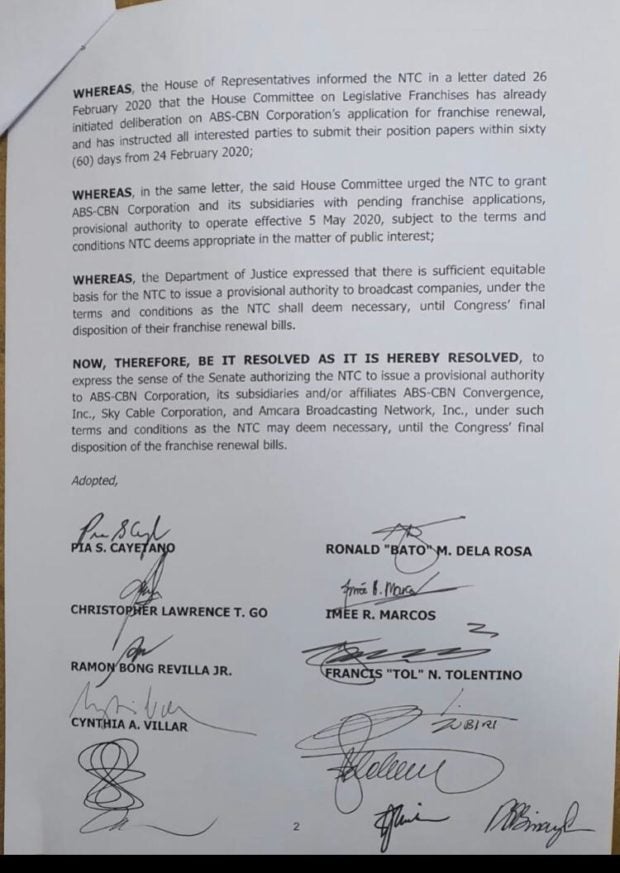