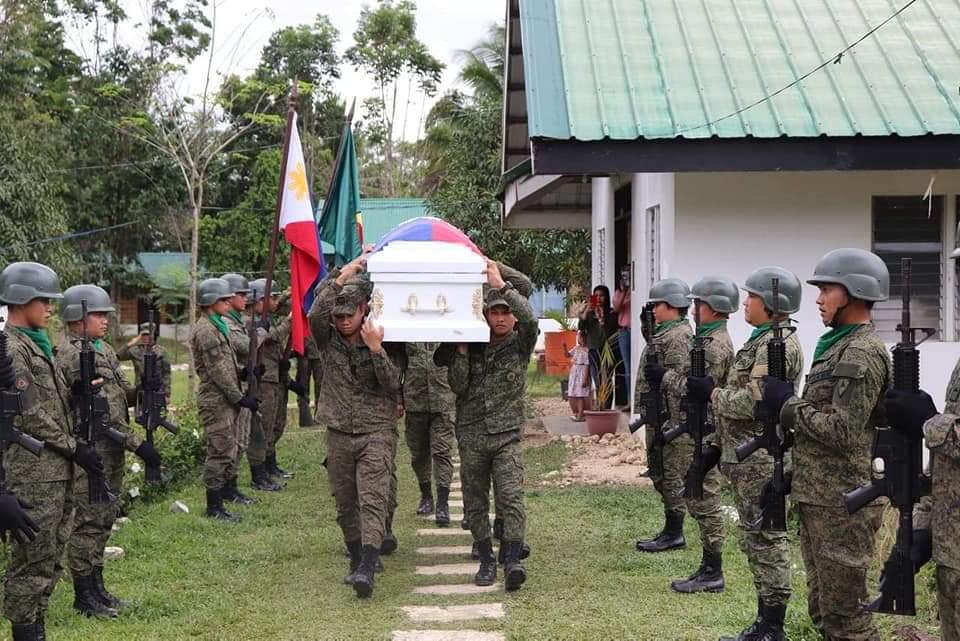 Soldiers carry the coffin bearing the body of Cpl. Jerald Villanueva at the Camp Rajah Sikatuna in Carmen, Bohol on Tuesday (March 3). PHOTO FROM 47TH IB

TAGBILARAN CITY—The body of the soldier who was killed in a clash with the New People’s Army (NPA) in Bohol was sent home to his family on Tuesday (March 3).

Draped with a Philippine flag, the white coffin bearing the body of Cpl. Jerald Villanueva of the 47th Infantry Battalion was loaded into a transport plane bound for General Santos City at 6 p.m.

Villanueva, 26, was killed when his unit clashed with NPA at the village of Consumbol, Bilar town last Saturday (Feb. 29).

In a statement on Sunday (March 1), the 47th IB said it mourned Villanueva’s death and condoled with his family.

“We would also like to honor one of our men who fought and sacrificed his life for the welfare of everyone,” the statement read. “He will remain in our hearts as we express our deepest condolences to his family,” it added.

The military has added more men to its force in Bohol to hunt the guerrillas who killed Villanueva.

For at least 10 years, Bohol has been considered as insurgency-free. But residents have been reporting armed men in their communities since 2018.