MANILA, Philippines – Various militant groups have staged a protest outside the House of Representative gates while a panel is discussing the House version of bills that would amend the Human Security Act.

Over 50 members of various groups like Bayan Muna, Kabataan, and the Alliance of Concerned Teachers called for the junking of the bill being tackled by the House committee on Public Order and Safety. 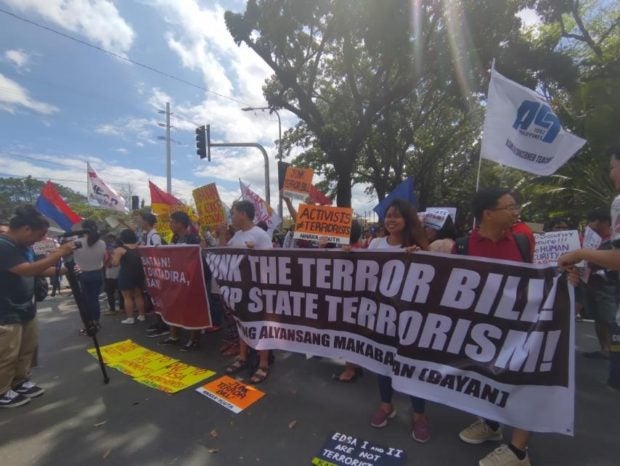 All photos from Bayan Muna.

At least six bills have been filed to amend Republic Act No. 9372 or the Human Security Act of 2007.

However, several human rights workers and groups have called out the proposed measure, as it may be used by state forces to silence legitimate dissent.

In the Senate, the anti-terrorism bill has passed third and final reading through a 19-2 vote, giving more teeth to law enforcement agencies in implementing the law, especially with safeguards under the new bills.