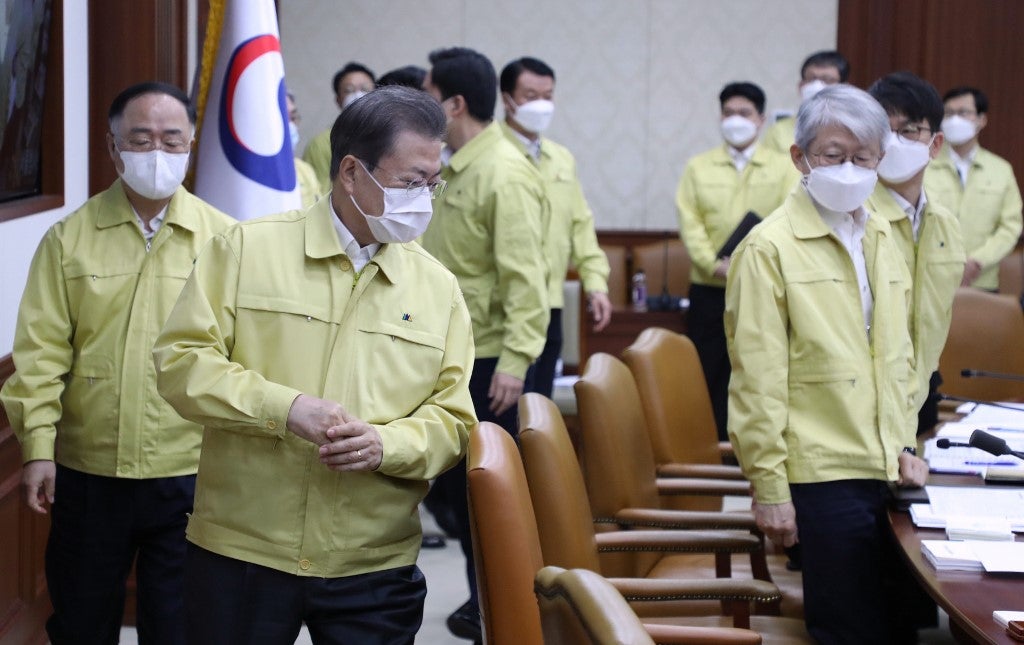 SEOUL — South Korean President Moon Jae-in declared “war” against the coronavirus on Tuesday, placing all government agencies on a 24-hour emergency footing as the country’s total cases — the largest in the world outside China — approached 5,000.

South Korea has seen a rapid rise in infections in recent days and scores of events — from K-pop concerts to sports seasons — have been cancelled or postponed over the contagion, with school and kindergarten breaks extended by three weeks nationwide.

The central bank has warned of negative growth in the first quarter for the world’s 12th-largest economy, noting the epidemic will hit both consumption and exports.

Moon said the government will inject more than 30 trillion won (US$25 billion) into the economy to address the “grave” situation brought on by the outbreak.

“The entire country has entered a war with the infectious disease,” Moon said, ordering all government agencies to operate around the clock.

South Korea confirmed 477 new cases Tuesday, with two more deaths taking the toll to 28, the Korea Centers for Disease Control and Prevention said in a statement.

More than half of the cases have been linked to the Shincheonji Church of Jesus, a secretive religious group often described as a cult.

A 61-year-old female Shincheonji member developed a fever on February 10 but attended at least four services in Daegu — the country’s fourth-largest city with a population of 2.5 million and the centre of the outbreak — before being diagnosed.

Authorities said more than 190,000 members had been checked as of Tuesday.

Lee Man-hee, the 88-year-old founder of the sect, apologised for the outbreak on Monday — twice bowing his head to the ground at a televised press conference — insisting his organisation was cooperating with the government’s containment efforts.

Seoul city authorities have filed a complaint with prosecutors seeking to have him and other Shincheonji leaders charged with murder and other offences.

Of the 4,812 cases nationwide, nearly 90 percent were in Daegu and the neighbouring province of North Gyeongsang, the KCDC said.