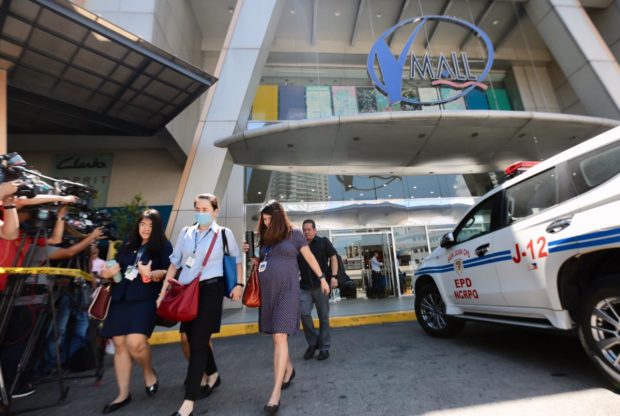 MANILA, Philippines — Police on Monday surrounded a shopping mall in an upscale district in San Juan City after gunshots rang out inside and sent shoppers rushing out in panic.

More than a dozen SWAT commandos were seen entering the mall, assault rifles ready. Policemen stood by outside, along with an ambulance.

Police Major Virgilio Timajo, spokesman of the Eastern Police District, confirmed that there was a shooting incident inside a mall in Greenhills.

A netizen, Jec Carlos, posted on Facebook several photos alleging that a hostage situation was taking place at the said mall.