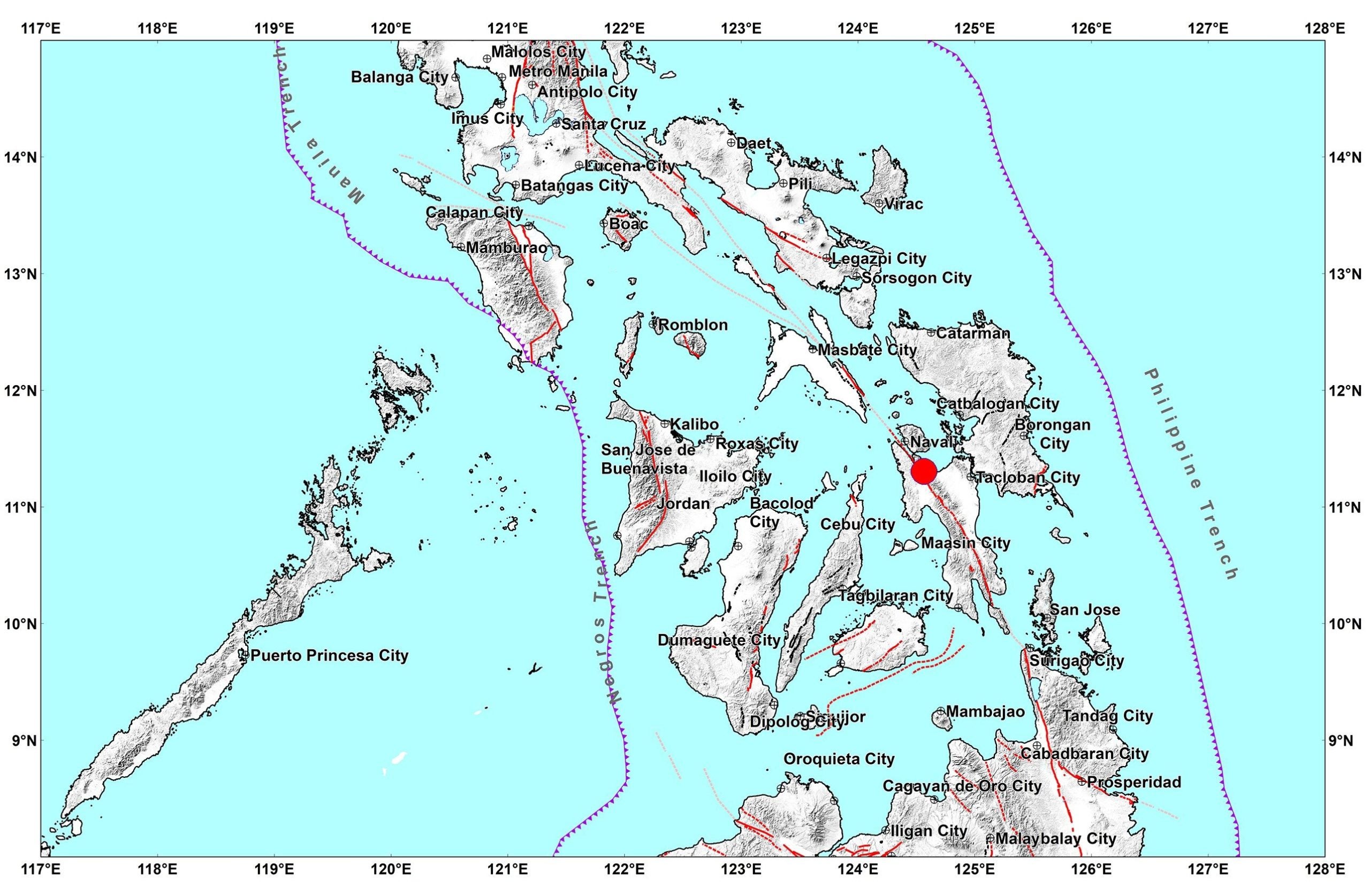 “The earthquake was moderately strong and was felt in the Visayas region,” said Phivolcs Director Renato Solidum in an interview over radio DyAB.

The tremor, which had a depth of 13 kilometers, was of tectonic in origin and expected to produce aftershocks.

The quake was felt at Intensity V  in Tacloban City and Pastrana in Leyte; and Intensity IV in Palo town and Ormoc City in Leyte, Naval in Biliran province, and Borogan City in Eastern Samar.

The temblor was felt at Intensity IV in, Dulag, Babatngon, Alang-alang and Palompon in Leyte; Mandaue City and Cebu City and at Intensity III in Lapu-Lapu City, and Lawaan, Eastern Samar.

Intensity II was recorded in Bogo City in northern Cebu and Intensity I in Masbate and Roxas Cities.