Guests evacuated after boat at Disney World takes on water 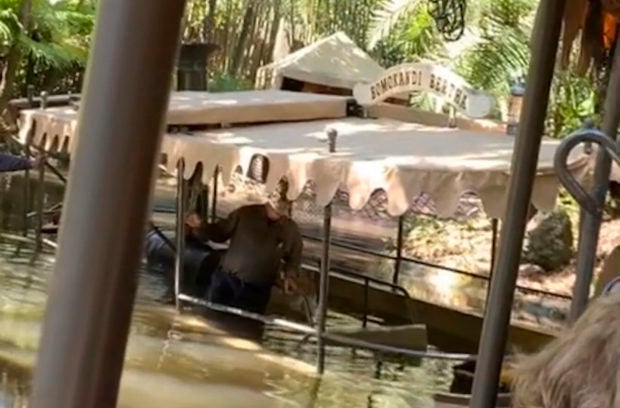 A person stands knee-deep in water aboard a Jungle Cruise boat after the vessel took on water, Thursday, Feb. 27, 2020, at Walt Disney World. Image: Matthew Vince via AP

A boat filled with guests at Walt Disney World had to be evacuated Thursday after it took on water.

No one was hurt, and the passengers aboard the Jungle Cruise boat got off the vessel safely after firefighters from the resort’s private government were called to the scene, according to Disney World officials.

The attraction was opened a short time later. Disney officials did not say how many passengers were on the boat or what caused it to take on water.

A photo posted on Twitter by a passenger showed other passengers standing on seats with water covering the boat’s bottom. Another photo showed what looked like a Disney employee standing in knee-deep water on the partially submerged boat.

Read Next
Stolen hearse carrying casket recovered after freeway chase
EDITORS' PICK
SMDC’s Bloom Residences: A master planned community that cares for your health and wellness
COVID-19 cases in PH pass 3.2 million mark with 37,154 new cases — DOH
Over 3 Million worth of prizes to be won at Smart Padala’s SENDali Manalo Promo!
Upsilon, Unilever give ‘real talk’ on climate change crisis
What to expect as Metro Manila starts ‘no vaccination, no ride’ policy on Monday
Metro Manila’s daily COVID-19 growth rate drops to 2% — Octa Research
MOST READ
Thailand records first Omicron death
‘Not my loss’: Did Kris Aquino just comment on her breakup with Mel Sarmiento?
Prince Harry sues for UK police protection
Ivana Alawi tests positive for COVID-19, urges public to comply with health protocols: ‘No one’s above the law’
Don't miss out on the latest news and information.