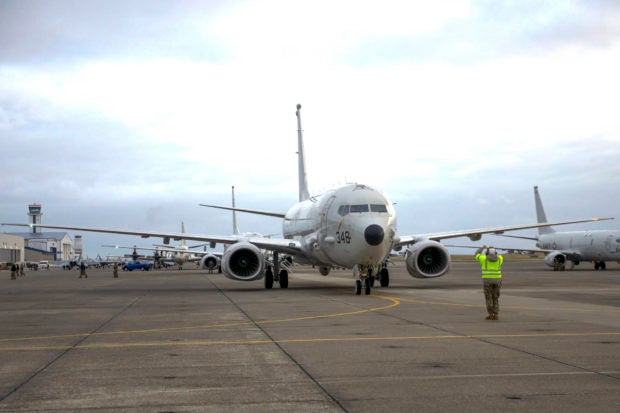 FOR PACIFIC PATROL A P-8A Poseidon aircraft during a preflight check in Oak Harbor, Washington, in a file photo taken on Oct. 23, 2019. —AP

WASHINGTON — A Chinese Navy ship fired a laser at a US surveillance aircraft flying over the Philippine Sea west of Guam, the Navy said on Thursday, acknowledging the incident more than a week after it happened.

The Navy said the People’s Republic of China naval destroyer lased the American P-8A Poseidon aircraft in an act the United States deemed unsafe and a violation of international codes and agreements.

The statement from US Pacific Fleet said the laser was detected by sensors on the aircraft but was not visible to the naked eye.

“Weapons-grade lasers could potentially cause serious harm to aircrew and mariners, as well as ship and aircraft systems,” the Navy said.

The incident took place about 611 kilometers west of Guam.

The Poseidon crew is deployed to Kadena Air Force Base in Okinawa, Japan.