MILWAUKEE — Police on Thursday identified the gunman in the Milwaukee brewery shooting as an electrician whose home was searched earlier in the day. 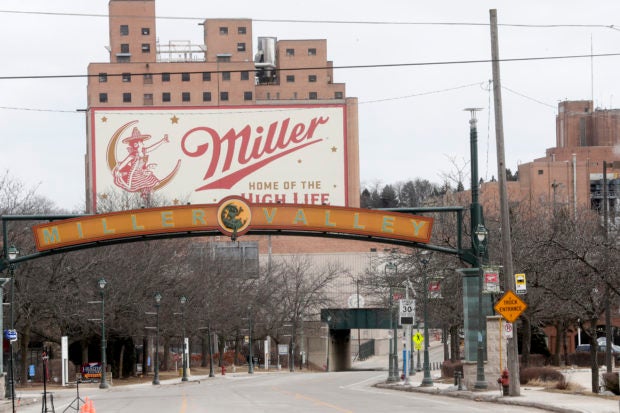 The Molson Coors facility is seen Thursday Feb. 27, 2020, in Milwaukee. An employee at the historic Molson Coors facility shot and killed five co-workers Wednesday afternoon and then turned the gun on himself. Six people, including the shooter, were killed on Wednesday, Feb. 26, 2020 at the facility. The brewery remained closed Thursday. (AP Photo/Morry Gash)

Police searched Ferrill’s home on Milwaukee’s north side as they hunted for clues about why an employee at one of the nation’s largest breweries gunned down five co-workers before taking his own life.

The house, a one-story home with a massive jungle-gym in the backyard, was roped off with crime scene tape Thursday morning.

A squad car sat in the driveway and a police van was parked at the curb. Investigators could be seen entering the house. Neighbor Erna Roenspies, 82, said Ferrill has worked at the brewery for 15 years as an electrician.

Authorities have not released details about how the shooting unfolded.

The 82-acre (33.-hectare) brewery complex includes a mix of corporate offices and brewing facilities and employs more than 1,000 people.

It’s widely known in the Milwaukee area as “Miller Valley,” a reference to the Miller Brewing Co. that is now part of Molson Coors.

A massive red Miller sign that towers over the complex is a well-known symbol in a city where beer and brewing are intertwined with local history.

The complex features a 160-year-old brewery, a packaging center that fills thousands of cans and bottles every minute and a distribution center the size of five football fields.

Brewery Workers Local 9 of the United Auto Workers, which represents about 400 workers at the complex, issued a statement Thursday calling the shooting a “senseless tragedy” and alerting members that grief counselors would be available at their union hall in West Allis, a Milwaukee suburb.