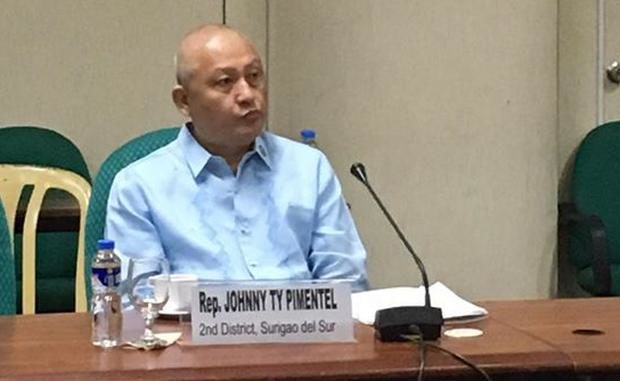 Newly-appointed PDP-Laban spokesman Deputy Speaker Johnny Pimentel belied the allegations and said that the party is in “full support” of the programs of the current House leadership.

“As far as PDP-Laban is concerned, there is no plan to oust Speaker Cayetano. Wala ho talagang napag-uusapan nun [There is no discussion like that],” Pimentel said in a phone interview.

In a separate statement, Pimentel also said that Velasco, who is set to take over as House Speaker in October this year in accordance with the term-sharing agreement on House leadership, is “not in a rush” to take the post.

Velasco is a member of the ruling PDP-Laban.

“Congressman Velasco is not in a rush to become the Speaker. It is just a few months away so it doesn’t make any sense if we do something that will just break the peace. PDP-Laban will not do anything or start anything that is not in line with the wishes of the President,” Pimentel said.

PDP-Laban Executive Director Ron Munsayac, meanwhile, said that while the party held a meeting attended by its leaders, it was to discuss means to strengthen the party.

“There were no talks about a coup or a change of leadership in the House. We are very happy with our present setup now. What we simply want is to reinvigorate and strengthen the party,” Munsayac said.

On Thursday, Cayetano claimed that Velasco is promising chairmanship and budget allocation to members of the lower chamber.

“Unless about 20 congressmen are lying to me that pinapangakuan ng [they are given promise of] chairmanship at sinasabi na [and being told], ‘next year, it’s my budget, ako na magdidikta kung kanino ibibigay etcetera.’ I don’t think mang-iintriga ang 20 congressmen but don’t worry I don’t take it personally,” Cayetano told reporters in Taguig City.

This has been denied by Velasco who said the reports of plan to oust Cayetano are “baseless”.

Velasco also assured he will honor the term-sharing agreement with Cayetano.

“Up to this day, I continue to honor the term-sharing agreement brokered by no less than President Rodrigo Duterte when the 18th Congress convened in July 2019. From the beginning, I never had any intention of reneging on this agreement. Tayo po ay lalaking may isang salita,” Velasco said in a statement.

Before the 18th Congress convened in July 2019, Duterte said Cayetano would serve as Speaker in the first 15 months of the 18th Congress while Velasco will succeed to serve for the remaining 21 months under a term-sharing agreement.

Read Next
Catanduanes bans entry of hogs, pork products from other provinces
EDITORS' PICK
World-standard accounting: Unlocking your financial potential
Defend Your Health! Shop health essentials from home with Rose Pharmacy’s Online Sale
DTI: Restaurants’ dine-in capacity to further expand, LGUs encouraged to move curfew time
BAP: PH banks can withstand ABSCBN shutdown
Water remains our saving grace right now
Early to tell if PH has reached ‘peak’ of COVID-19 outbreak — WHO exec
MOST READ
Enchong Dee to Harry Roque for saying ‘move on’ from ABS-CBN shutdown: ‘You disgust me’
‘I am not my father,’ says daughter of lawmaker who voted to deny ABS-CBN franchise
Defensor: ‘No problem’ with daughter expressing support for ABS-CBN
US rejects nearly all Chinese claims in South China Sea
Don't miss out on the latest news and information.