CALAMBA CITY—Members of an alliance of labor groups from Laguna and Batangas provinces held a rally outside the office of the Regional Tripartite Wages and Productivity Board here on Wednesday (Feb. 26) calling for new increases in wages in the Calabarzon region.

Members of groups belonging to Workers’ Initiative for Wage Increase (Win for Win), an alliance of Southern Tagalog labor groups, gathered on the national highway at the village of Halang then marched to the wage board office a few meters away. 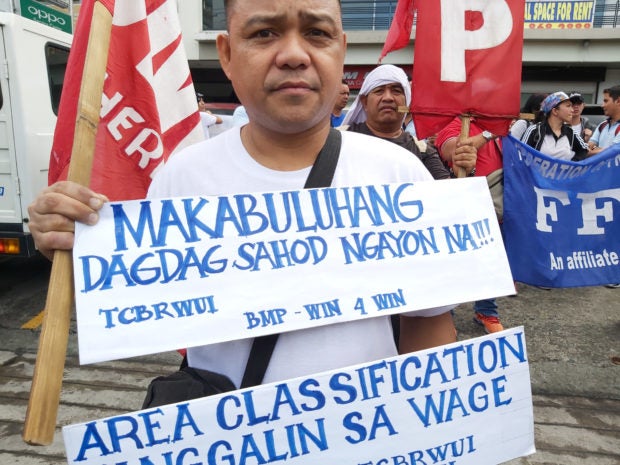 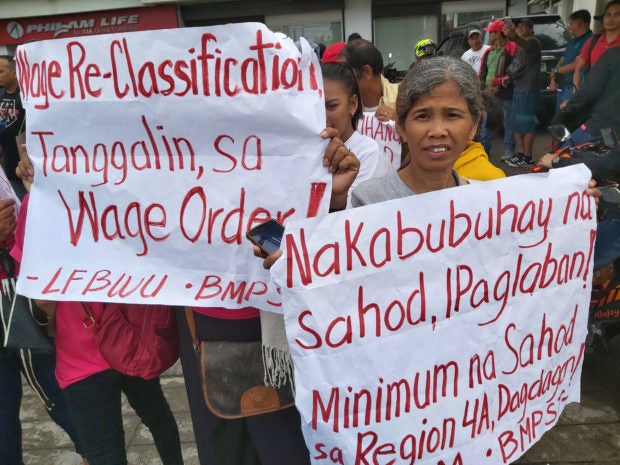 “It’s about time to have a significant wage increase here in the region because previous increases were just mere pennies,” said Mary Ann Castillo, 49, chair of Win for Win.

The workers also demanded that any new wage increase be applied uniformly in regions and nationwide.

“Even when the workers do overtime, we’re still poor,” she said. “There’s no improvement in our living conditions,” she added.

According to data from the National Wages and Productivity Commission (NWPC) website, minimum wages in Calabarzon, which stands for Cavite, Laguna, Batangas, Rizal and Quezon, ranged from P303 to P400 per day.

The wages differ in metropolitan areas and municipalities with fourth to sixth-class tags.

But no wage increase has been ordered until now, according to Jhen Pajel, 24, president of Kilos na Manggagawa, also a member of the Win for Win alliance.

A wage deliberation in the board was scheduled on Wednesday (Feb. 26) but it was cancelled.