Lawmen seize P1.1M worth of ‘shabu’ from 3 suspects in QC buy-bust 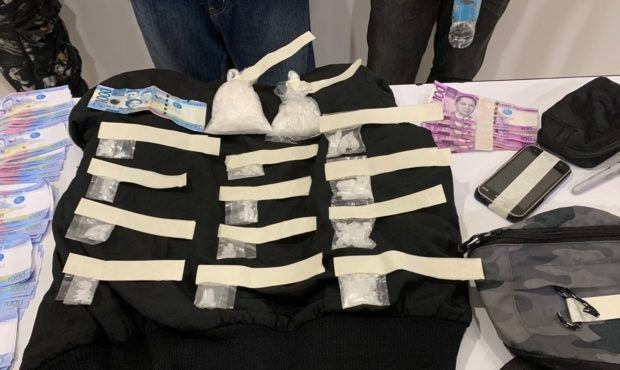 Police officers confiscated P1.1 million worth of crystal meth in a buy-bust operation in Quezon City on Tuesday, Feb. 25, 2020. (Photo from the QCPD Public Information Office)

MANILA, Philippines — Police officers and drug enforcement agents arrested three suspects and seized from them more than P1 million worth of crystal meth in a buy-bust operation in Fairview, Quezon City on Tuesday night.

Suspects are detained at Quezon City Novaliches police station and will face charges for violation of the Comprehensive Dangerous Drugs Act of 2002.