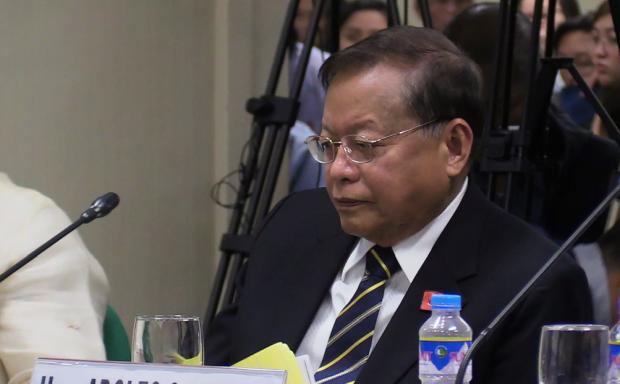 MANILA, Philippines — ABS-CBN cannot continue its operations beyond May 4 as long as there is no existing franchise, former Chief Justice Reynato Puno said on Tuesday in an interview with CNN Philippines.

He had been asked if the media giant could still extend its operations beyond May 4.

“There is need for a franchise before the National Telecommunications Commission [NTC] can grant a provisional permit,” Puno said. “Without a franchise, the television station concerned has to cease operations.”

During the Senate hearing on Monday, Justice Secretary Menardo Guevarra revealed that ABS-CBN’s franchise would lapse by May 4 because the publication of its legislative franchise was on April 15.

According to Guevarra, the franchise becomes effective 15 days from the date of publication of the law that grants it.

But Puno stressed that the network would not be able to operate without a franchise, citing a 2003 Supreme Court decision on “Associated Communications and Wireless Services United Broadcasting Networks vs. National Telecommunications Commission.”

According to Puno, the 17-year-old decision maintains that the NTC does not have the power to allow a network to operate without a legislative franchise.

“NTC doesn’t have this power without franchise given by Congress,” the former Supreme Court official said.

The ABS-CBN franchise is currently being tackled by the Senate, but the House of Representatives has yet to hold a hearing on 11 pending bills seeking the renewal of media giant’s franchise.