Under the 1994 memorandum, a copy of which was shared with the media by Bayan Muna Rep. Carlos Zarate on Tuesday, NTC can still give permit for radio and television operations “provided that such temporary permits or authorization to operate shall be valid for two years.”

“If the application for franchise remains unacted by Congress”, the temporary permit “shall be extendible for another two years,” according to the memo.

The agreement also requires the Kapisanan ng mga Brodkaster ng Pilipinas to order its members to apply for a legislative franchise.

During the House committee on legislative franchises hearing on Monday, Engr. Annaliza Buenviaje of NTC’s Broadcast Division confirmed that an MOU was signed by the House of Representatives, NTC, and KBP in 1994.

The information was disclosed as media giant ABS-CBN continues its bid for its franchise to be renewed amid the approaching expiration of its current franchise in May.

If the MOU will be the basis, then NTC can already issue a provisional authority to ABS-CBN even before their franchise expires, according to Zarate.

“Based dito sa memorandum of understanding na ito, dahil hindi pa naman ito superseded by different document, the NTC can already – before May 4 – can already issue a provisional authority,” the lawmaker added.

During the Senate’s hearing on ABS-CBN’s franchise on Monday, Justice Secretary Menardo Guevarra said Congress may authorize NTC to allow ABS-CBN to continue its operations while bills seeking to renew its franchise for another 25 years remain pending in Congress.

Guevarra said this could be done through a concurrent resolution.

But Zarate believes the MOU is sufficient since no document replaces the memorandum yet.

Asked what will happen if the memorandum is questioned before the Supreme Court, Zarate said there is a presumption of regularity in place, adding that NTC is invoking the MOU.

“On the table ito at hindi naman sinasabi ng NTC or ng House of Representatives –especially the committee on legislative franchises dahil ito ‘yung may primary jurisdiction sa question ng franchise – at habang wala ring sinasabi ang Korte na this is void or this is illegal or unconstitutional, then this can be invoked,” Zarate said.

Currently, there are 11 bills pending before the House of Representatives seeking the renewal of ABS-CBN’s franchise.

On Monday, the House committee on legislative franchises formally started the proceedings to tackle the issue by asking stakeholders – both for and against the franchise renewal – to submit their position papers.

But as to the conduct of actual hearings, committee chair and Palawan Rep. Franz Alvarez said the panel may calendar it between May and August. 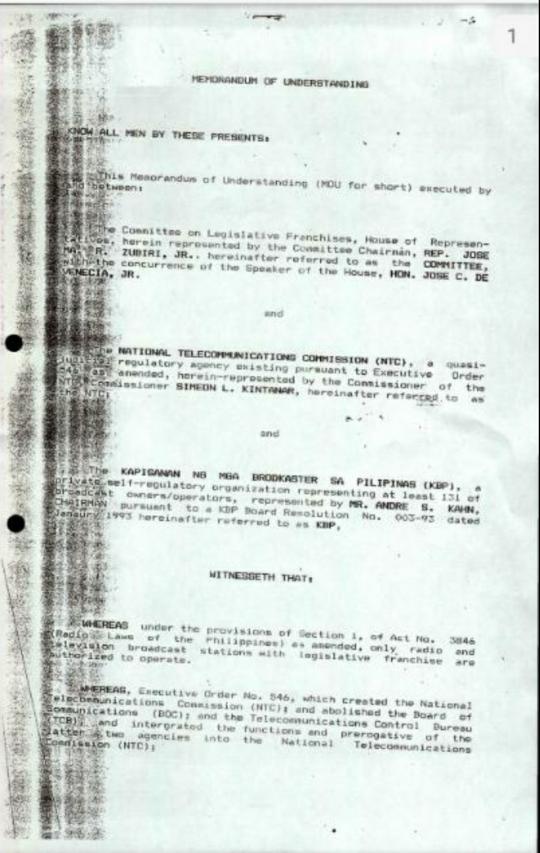 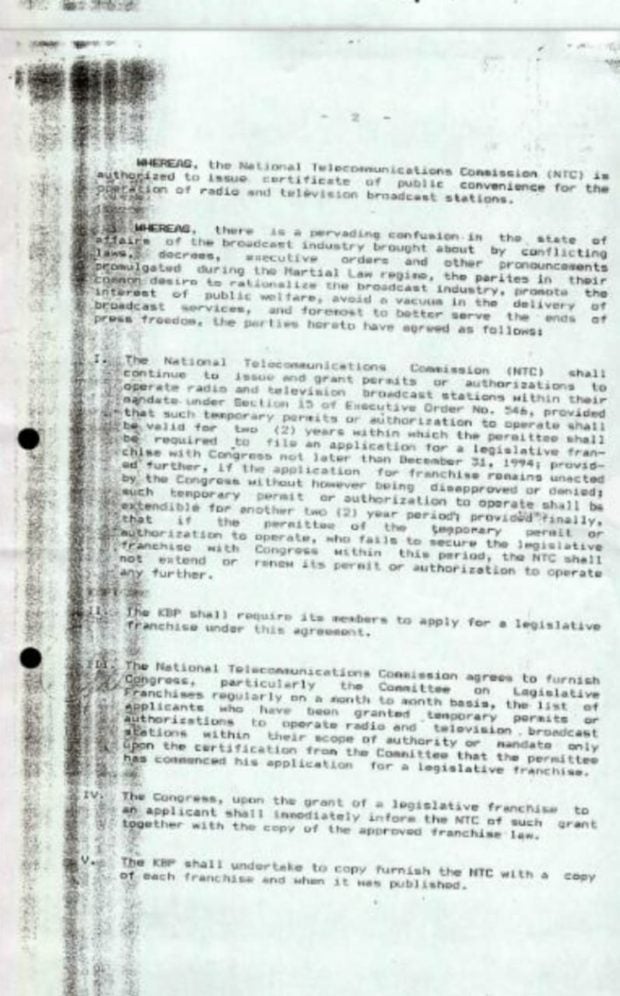 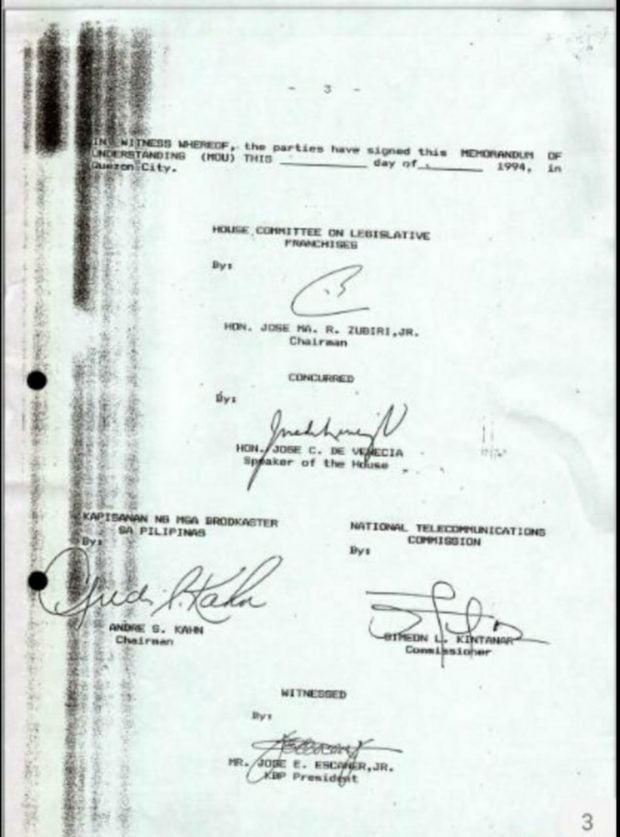