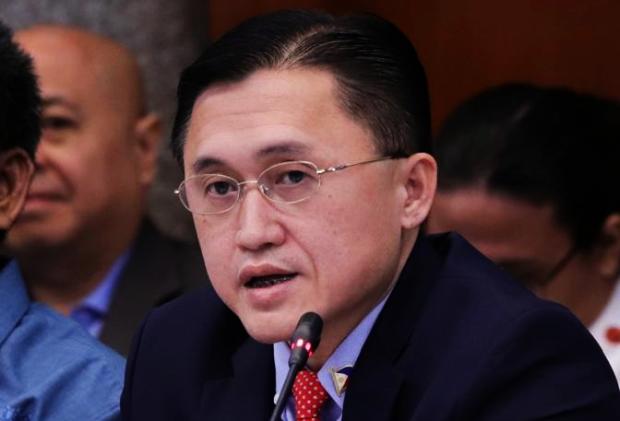 MANILA, Philippines — Sen. Christopher Lawrence “Bong” Go on Monday, Feb. 24, demanded “fair reporting” from ABS-CBN after denouncing what he called the black propaganda aired by the network in 2016 when then Davao City Mayor Rodrigo Duterte was a presidential candidate.

Go was referring to the negative advertisement aired by the network against Duterte, which was paid for by then Sen. Antonio Trillanes IV, who was then a vice presidential candidate.

He also noted that ABS-CBN failed to air some of the advertisements that Duterte had paid for during the campaign period.

During the Senate hearing on the network’s franchise on Monday, Go said that the grievances of Duterte against the network were valid.

He cited a provision of the Fair Elections Act that states: “All members of media, television, radio or print, shall scrupulously report and interpret the news, taking care not to suppress essential facts nor to distort the truth by omission or improper emphasis. They shall recognize the duty to air the other side and the duty to correct substantive errors promptly.”

“It is unfair to allow a negative ad (to air) a week before the election and then not approve legitimate ads for then-presidential candidate Mayor Duterte. It says so in the Fair Elections Act,” Go said in his opening statement.

Enjoining ABS-CBN to rectify the issue, Go said: “Media networks are supposed to be neutral and impartial.”

“But if this is the case — if some media networks and some political elites and economic elites can get together and destroy the candidacy of one candidate — tama nga ang Pangulo na labanan ang mga elitista at oligarkiya na kasalukuyang naghahari sa ating bansa,” he added.

[It is only right for the President to fight the elitists and oligarchs who currently lord it over the country.]

Go also urged the network to stay true to their slogan.

[Isn’t this what you say: ‘In the service of the Filipino nation’? That’s also what I stand for: Service for Filipinos. So let’s prioritize the interests of Filipinos.]

“My job as a legislator is to vote according to conscience, and my conscience is with the Filipino people,” he went on.

[The President was not asking for anything even back then. He doesn’t make requests. Fair reporting — that is all the President wants. What is the truth. Nothing more, nothing less.]

The senator then urged the network to reveal the truth regarding the unaired paid ads and the black propaganda against Duterte.

[If you want fair reporting, then come out with the truth as to why the President was hurt. There are members of media whose priority is to put out what they think is wrong and injurious isntead of putting out what is good service being given to fellow Filipinos.]

However, expressing his concern for ABS-CBN employees who could lose their job over the nonrenewal of the network’s franchise, Go also said that he would still appeal to the President to reconsider his position.