ABS-CBN may continue to operate after franchise’s expiration – NTC 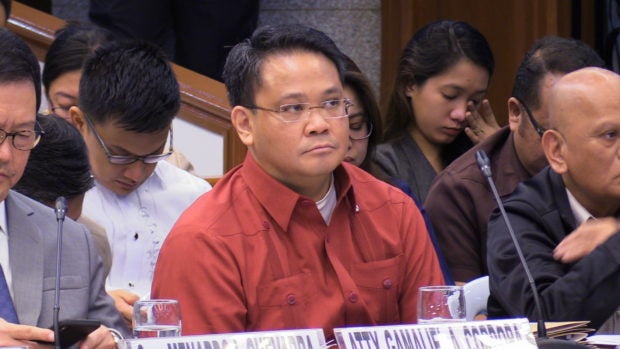 MANILA, Philippines — ABS-CBN may still continue to operate even after its franchise expires on May 4, not March 30, as earlier reported.

This was according to National Telecommunications Commission (NTC) Commissioner Gamaliel Cordoba, based on his consultation with Justice Secretary Menardo Guevarra.

(Could you categorically state the position of the NTC if you’d still allow ABS-CBN to continue to broadcast while Congress is deliberating the franchise of ABS-CBN? At least for this Congress. This Congress will still live for two years.)

Responding to this, Cordoba informed the committee that he already consulted the Justice Secretary about this matter.

“I consulted earlier with the Secretary of Justice and I [asked] him kung papaano nga po ang magandang gawin kung kunwari po na wala ‘yung (what’s the best thing we should do if in case there is no) Joint Resolution,” he said.

Senate Minority Leader Franklin Drilon has filed a joint resolution, extending the franchise of ABS-CBN until December 31, 2022 or while the franchise renewal is still pending in the 18th Congress.

(And according to him we can let ABS-CBN continue to broadcast but it’s better sir if there’s also [a joint resolution] because there will be questions like what is the basis for us to issue such a provisional authority.)

(But based on equity,[ABS-CBN can continue to operate] but to put more legal basis and more legal muscle to that action, it would be better if the Senate and the House of Representatives [would approve] a concurrent resolution )

Recto welcomed Cordoba’s statement, pointing out some cases in the past where some companies were still allowed to operate even after the expiration of their franchise as long their franchise renewal bill remains pending in Congress.

The NTC chief explained though that no issues or quo warranto petition had been filed before against a franchisee with a pending franchise renewal in Congress.