During Monday’s Senate public services committee hearing on the franchise of ABS-CBN and six other broadcast firms, Guevarra said that the granting of legislative franchises falls on the power vested in Congress.

“It is therefore respectfully submitted that Congress, by a concurrent resolution, may authorize the National Telecommunications Commission to issue a provisional authority subject to such terms and conditions as the NTC may deem fit to ABS-CBN and other entities similarly situated, authorizing them to continue operating subject to Congress’ eventual disposition of their renewal of the application,” he told the Senate. 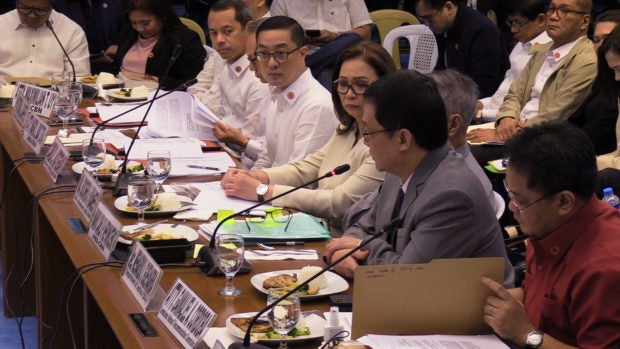 He mentioned that companies such as Philippine Telegraph & Telephone Corp. (PT&T), Smart Communications Inc, and the Catholic Bishops’ Conference of the Philippines, Inc. had been allowed to continue its operations “despite expired franchises as long as application for the renewal of their franchises were lodged with the Congress before the lapse of their term.”

“The grant of a franchise is an exercise of sovereign power and under our Constitution, that power is vested in Congress,” Guevarra said.

“By necessary implication, such power of Congress also includes the power to prescribe the rights of a franchisee applicant pending final determination of the renewal of its franchise by the Congress,” he added.

With this, Senate Minority Leader Franklin Drilon asked NTC Commissioner Gamaliel Cordoba if the commission could withdraw a provisional authority it granted anytime.

Cordoba answered in the affirmative.

“Considering that there is no more franchise since it has already lapsed, then we can withdraw the provisional authority anytime but subject to conditions,” Cordoba surmised.

Drilon, who earlier filed a resolution seeking to extend ABS-CBN’s franchise until the end of 2022 to give Congress time to act on the pending bill before it, expressed concern over the NTC’s power to revoke a provisional authority anytime.

“The authority should not be of administrative nature that can be withdrawn at anytime because of its implications on press freedom, on the editorial content of the franchise holder,” Drilon said.

Senate President Pro Tempore Ralph Recto then asked the NTC chief what would happen should the commission decided not to allow ABS-CBN to operate past the effectivity of its franchise.

“If we do not allow it to operate, then the broadcast will have to, we’ll have to use a cease and desist order,” Cordoba said.

“Yes, your honor,” Cordoba told Recto, who then asked the NTC if ABS-CBN has committed any violations.

“As of now, your honor, wala naman,” Cordoba said.

With this, Recto questioned why there is a possibility that the network would be closed down.

“You (NTC) are the regulator and you are not complaining of any penalty. And here we are talking of the possibility of closing ABS-CBN,” the senator said.