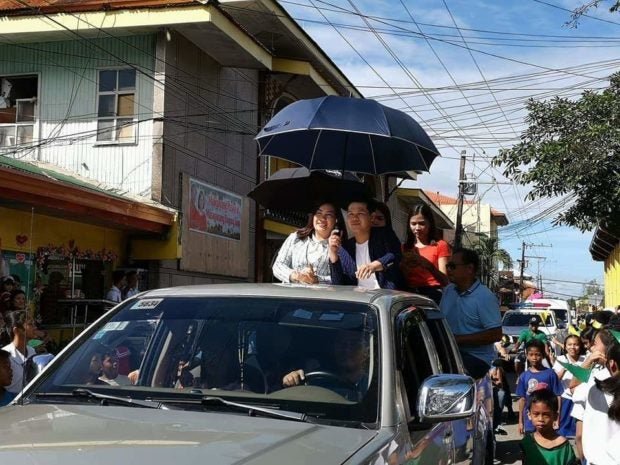 “He was treated like a returning hero during the motorcade,” said Maj. Jaytee Tiangco, Calauag police chief, in a phone interview.

“Everybody was excited. He was mobbed,” Tiangco said.

After the motorcade, local government officials led by Mayor Rosalina Vizorde gave a reception for Pomoy at the new municipal building.

Tiongco said Pomoy, who married a Calauag native, Joan Paraiso, has long been a resident of the coastal town facing the Lamon Bay area.

He said the couple arrived in Calauag last week from the United States.

Pomoy, with his iconic “doble kara” style of singing, where he easily transitions between a “female” and a “male” voice, was hailed third runner-up in the recently concluded “America’s Got Talent: The Champions.”

He is set to return to the US this year for a series of shows in a concert tour in different states.

Before joining “AGT:The Champions”, Pomoy was the grand winner of “Pilipinas Got Talent” Season 2 in 2011.

NCAA to discuss other broadcast options with ABS-CBN