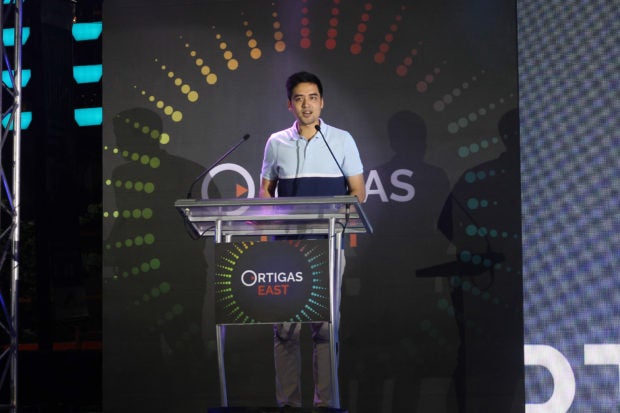 FAIR WARNING Mayor Vico Sotto tells those who want to do business in the city to “follow our laws.” —EARVIN PERIAS

Manila, Philippines — If the Bureau of Immigration (BI) needed assistance rounding up Chinese workers who were here illegally, it could count on the help of Pasig City, Mayor Vico Sotto said on Sunday.

The 30-year-old chief executive made the remarks after the city shut down a Chinese restaurant, Fu Yuan Ji, which did not have a permit to operate.

The audacity of the restaurant owners clearly irked Sotto, who fired a warning shot at other potential business owners.

“If you want to do business in our city, you follow our laws,” Sotto said on Facebook, typing the latter statement in all-caps.

“To the Bureau of Immigration, just let us know how the LGU (local government unit) of Pasig can help in catching and deporting these illegal workers and businessmen,” he added, saying he was happy to hear about the removal of BI officers involved in the so-called “pastillas” scheme.

The revelations prompted Justice Secretary Menardo Guevarra to pledge that all Chinese workers who were discovered to have come into the country through the scheme would be deported immediately.

Sotto also expressed his dismay on Sunday for the Chinese-managed Pogos, or Philippine offshore gaming operators, that proliferated under President Duterte and have been linked to a rise in gambling-related kidnappings and other crimes.

The number of licenses granted by the Philippine Amusement and Gaming Corp. for Pogos skyrocketed after 2016 as the agency hoped to reap billions from the online gaming companies catering to customers in China, where gambling is illegal.

“To people who may try to use my name in negotiating with Pogos, consider this as fair warning,” Sotto said. “One-strike policy for City Hall employees.”

Several cities have struggled to deal with Pogos, most notably Makati, which has banned new applications. But Colliers International, a real estate company, predicted at the end of 2019 that Pogos would continue to be a top driver of office leases across the capital this year.

Pasig, with its booming central business district of Ortigas, is already witnessing this.

“Unfortunately, for an LGU it’s really not that easy to stop,” Sotto said of the rise in Pogos. “We will respect the permits that they already have. But we will do everything within our power.”