In the spirit of the Lenten season, the public should abstain from inappropriate clapping during and after Masses, a practice that could rob the faithful of the “true meaning of Christian liturgy and worship.”

In a statement, Lingayen Dagupan Archbishop Socrates Villegas said that clapping shouldn’t be used to keep parishioners alert during Mass nor should it be done to heap praise on people after the celebration of the Eucharist.

“Is clapping the antidote to boredom in the Church? Is not this boredom coming from a misunderstood sense of worship and prayer? The community of prayer becomes just an audience in need of entertainment; liturgical ministers become performers; and preachers become erudite toastmasters. It should not be so,” Villegas told the clergy.

“A well-prepared, brief, inspired and inspiring homily has a longer lifespan than intermittent clapping as you preach,” he added. 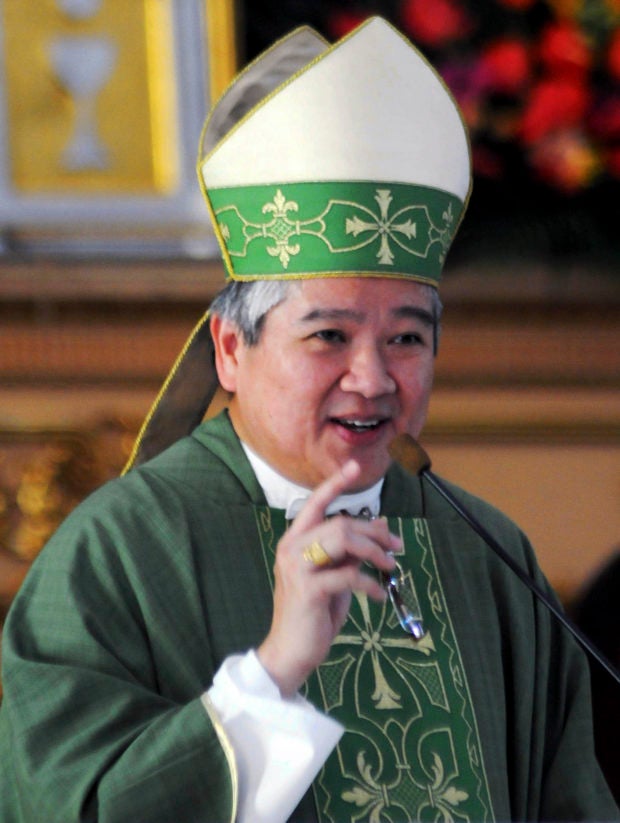 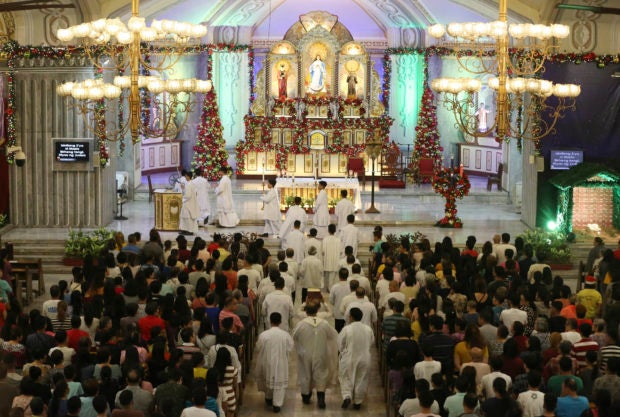 ‘SHALLOW AND CHEAP’ Dagupan Archbishop Socrates Villegas urged the faithful in a Lenten message to rethink the propriety of applause during church services because it can rob the faithful of the true significance of the liturgy. —NINO JESUS ORBETA/ROY LAGARDE/CONTRIBUTOR

Villegas also reminded priests that naming of specific individuals or groups in appreciation of their work or donation to the Church should also be avoided, especially in delivering a post-Communion message.

“You must do this appreciation outside the Mass, by sending a greeting card, sending a text message or even visiting them in person. Be God-centered and to Him alone be the glory,” he said.

The prelate noted that this is because clapping can be “shallow and cheap” and can brood resentment toward others.

“We need to inspire our benefactors to seek treasures that ‘moth cannot decay destroy, and thieves cannot break in and steal.’ In fact, it can even brood unpleasant competition, jealousy and resentment because somebody received less applause than the others,” he pointed out.

Villegas said that it is his hope that clapping inside the Church would no longer be practiced, not only during the Lenten season, because the practice, if not nipped early, “can rob us of the true meaning of Christian liturgy and worship.”

Hence, he reminded the faithful that they shouldn’t clap for him whenever he visits a parish or chapel.

“You and I are both guests in the House of God. We are only waiters at the Table of the Master. The Eucharist is a happy feast and a memorial of Calvary. Who would have clapped at Calvary? Would the Blessed Mother and John the Beloved have clapped?” he said.

“The breaking of the Bread is a commemoration of the violent death that the Lord went through. Who claps while others are in pain? It is pain with love; yes, but it is still pain,” he added.

Read Next
Garin, 9 DOH execs indicted over Dengvaxia vaccine
EDITORS' PICK
Nograles: Cabinet members to donate 75% of monthly salary to aid COVID-19 fight
10 Filipinos positive for COVID-19 in UK, 7 in Ireland — envoy
Diokno to Duterte: OK to make fun of buck tooth, but focus on people’s needs first
IATF to LGUs: Issue ordinances vs attacks on frontliners, COVID-19 patients
Robredo spox thanks Duterte for defending VP’s efforts vs COVID-19
Quick chat with Nicole Andersson: ‘You really don’t need much to be happy’
MOST READ
Coronavirus hotbed Rizal to shut borders on April 6
ADB warns PH against prolonged lockdown
Sotto on Isko Moreno’s call: We do our job without the media following our every move
Robredo spox thanks Duterte for defending VP’s efforts vs COVID-19
Don't miss out on the latest news and information.