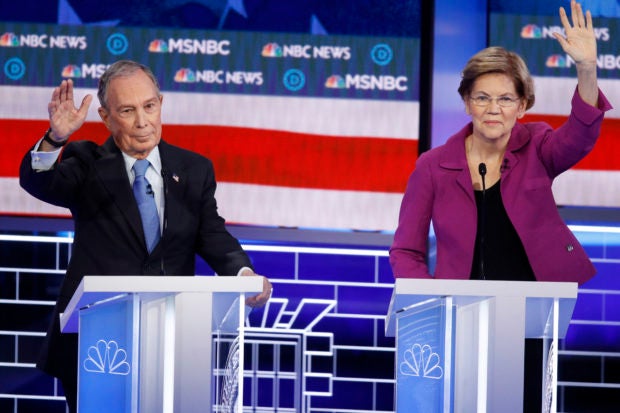 The Nielsen company said the debate, seen by 19.7 million people on NBC or MSNBC on Wednesday, attracted more viewers than any Democratic nomination contest ever.

It was more than double the 7.9 million people who watched ABC’s coverage of a debate just before the New Hampshire primary on Feb. 7. It beat the 18.1 million people who tuned in for the second night of the first debate in this campaign season, back in June.

The big jump in numbers showed how curious people were to see how Bloomberg, who had been flooding the airwaves with commercials, did the first time he met his competitors in verbal combat. It was a rough start for Bloomberg, who drew sharp attacks from his rivals, particularly Sen. Elizabeth Warren.

The ratings also indicate that with Super Tuesday primaries approaching next month, voters are starting to pay closer attention.