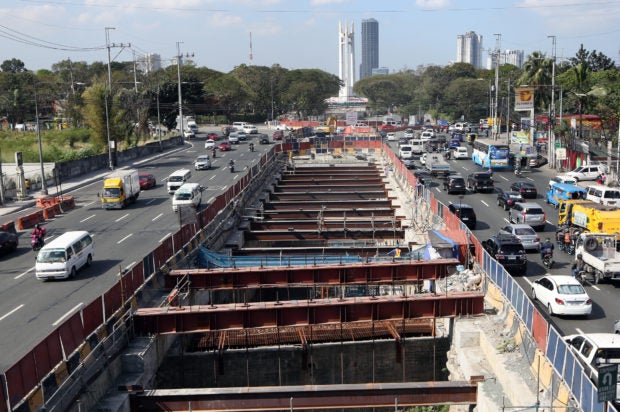 The Department of Transportation (DOTr) has started working on a new design plan for the Metro Rail Transit (MRT) 7 station to be built at a national heritage park after the Quezon City government ordered the construction halted over the contractor’s failure to stick to the original submitted proposal.

In the cease-and-desist order issued by Quezon City Mayor Joy Belmonte against the DOTr and SMC, city building official Mark Perral noted that the total land area to be taken up by the station was now five times larger than the original 4,997 sqm submitted by the contractor.

Transport Undersecretary for Railways Timothy John Batan, however, told reporters that because the project was approved 11 years ago, there were “some changes in assumption about the 2008 plan.”

The expanded construction area was largely due to the ridership forecast for the MRT 7 line, whose plans were updated only in 2016.

“We didn’t want to construct a railway whose capabilities were outdated. That was the driver of most of the changes,” he said.

According to Batan, SMC’s new plan would “carry out the MRT 7’s promise of [shorter] travel time and at the same time, without sacrificing the integrity of the Quezon Memorial Circle.”

Construction of the rest of the railway would not be affected, since the cease-and-desist order would cover only the above-ground structure of the park’s station, he said.

Belmonte earlier expressed concern that the construction would affect the landmark’s identity as a national heritage park, home to a 66-meter-high shrine of former President Manuel L. Quezon and other historical structures.