BOAC, MARINDUQUE — A 9-foot-tall concrete marker that symbolizes an ancient Catholic rite also marked the turn of the century for Marinduque, an island community that has lagged far behind its neighboring provinces in Southern Luzon.

Marinduque, which has become synonymous with the Moriones, a popular Lenten tradition that depicts Christ’s passion and crucifixion, unveiled on Wednesday its centennial monument in time for its 100th founding anniversary today.

Local officials welcomed the new century with optimism for the fourth-income class island province of 234,000 people.

Feb. 21, 1920, marked Marinduque’s jurisdictional independence from the then province of Tayabas (now Quezon), but officials admitted to its slow economic progress over the years. In the 1960s, the island opened its doors to foreign-operated Marcopper Mining but hopes for an economic windfall quickly dimmed following a major mine spill into Marinduque’s rivers and bay.

The impact of the the 1996 mine spill into Marinduque’s waters and natural resources lingered to this day.

“Admittedly, we lagged [behind other provinces]. For [over] 40 years, progress was elusive,” said Marinduque legal officer Rommel Fernandez, who spoke on behalf of the provincial government.

But Fernandez said what the small island community lacked in infrastructure, it made up with homegrown talents that made a name in their respective fields. Gov. Presbitero Velasco Jr., a former associate justice of the Supreme Court, led the unveiling of the marker—a P600,000-obelisk featuring a Morion helmet that was designed by architect Korina Ysabel Josue—at the capitol grounds here. Joining Velasco were his son and Rep. Lord Allan Jay Velasco, and Environment Secretary Roy Cimatu.

The province is set to recognize prominent figures like Sen. Francis Pangilinan, former Executive Secretary Alexander Aguirre and the late Cardinal Ricardo Vidal, who traced their roots to Marinduque, on Friday.

The National Museum, on Feb. 16, declared the Boac Cathedral an important cultural property, kicking off the weeklong celebration featuring concerts and trade fairs.

It would also run two exhibits—one showcasing the underwater features of the Benham Rise in Aurora province and an exhibit by landscape photographer Bengy Toda, entitled “Chasing Waterfalls.” 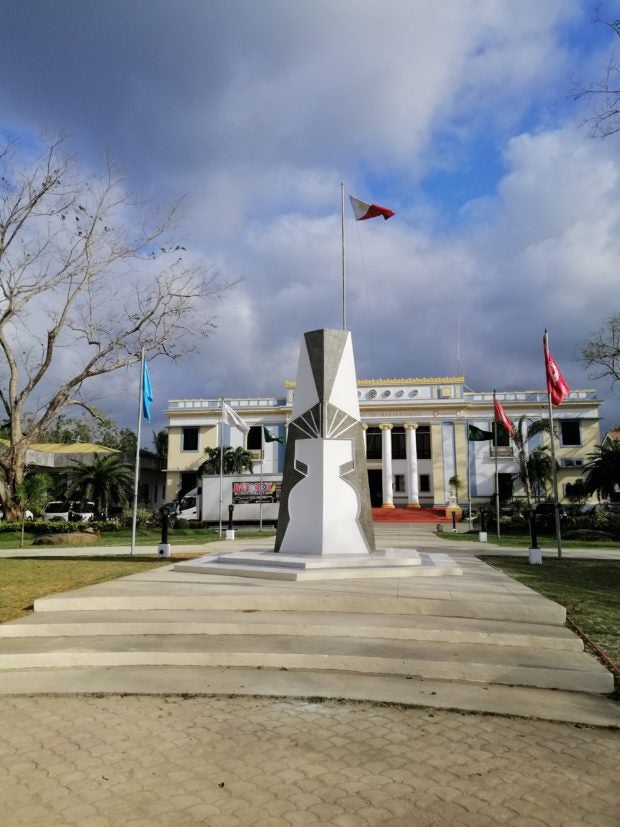 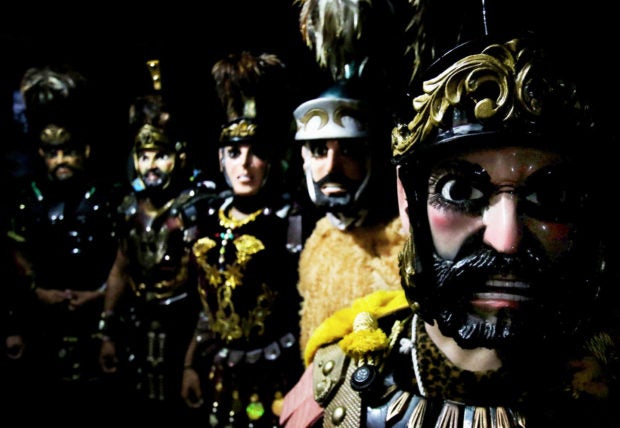 ENDURING SYMBOL The centennial monument of Marinduque honors the Lenten tradition of Moriones that has been associated with the deeply religious residents of this heart-shaped island province in Southern Luzon. —PHOTOS BY JOFEL JOYCE LANCION AND RICHARD REYES

During Lent and throughout summer, foreign and local tourists descend to the island to witness the Moriones or head out to its pristine beaches.

But economic activity, in an island of only six towns, is slow for the rest of the year.

“Since he (Governor Velasco) assumed office [in 2019], there have been significant improvements, like in hospital facilities,” Fernandez said.

He said Governor Velasco planned to rename the island’s primary hospital, Dr. Damian Reyes Hospital, into Marinduque Provincial Hospital, and add new equipment so residents would no longer have to travel by boat to seek medical attention in Lucena City, the provincial capital of Quezon, or in Metro Manila.

Representative Velasco, meanwhile, was working on increasing the number of commercial flights from just three a week from Marinduque’s only airport in Gasan town.

Another project in the pipeline is the provincial government’s expropriation of the abandoned Marcopper mine site.What has been Marinduque’s symbol of tragedy, its present leaders envisioned to become Marinduque’s economic zone, Fernandez said.