Santos was shot dead last Feb. 19 at 1:50 p.m. while driving in Muntinlupa City. He sustained gunshot wounds to the head and body.

He was among the more than 20 BuCor personnel preventively suspended by the Office of the Ombudsman after they were dragged in the Good Conduct Time Allowance (GCTA) controversy.

During the Senate inquiry on the matter last year, Santos also revealed corrupt practices inside the New Bilibid Prison (NBP).

The NBI was previously tasked to do a case build-up on the GCTA-related anomalies at the BuCor. 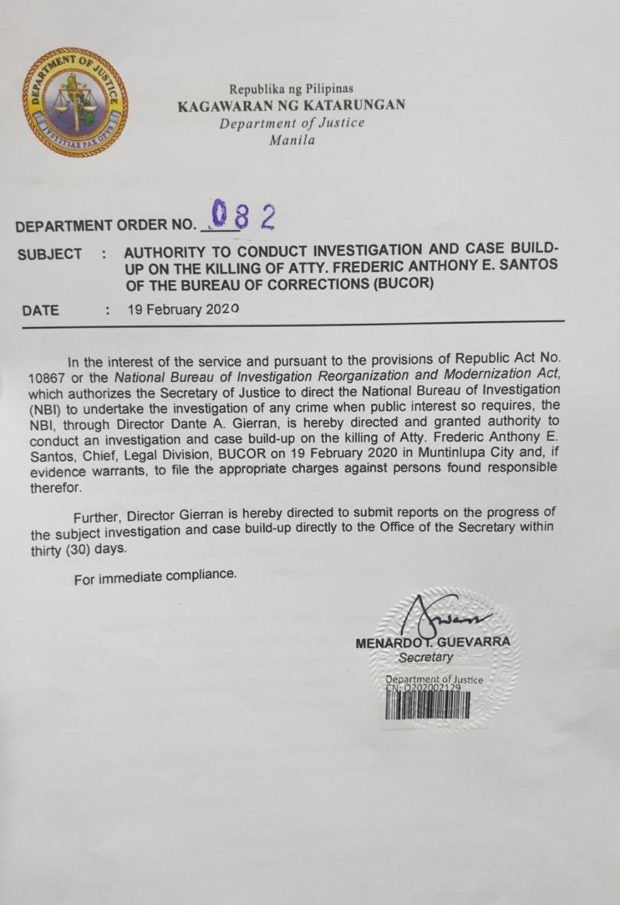