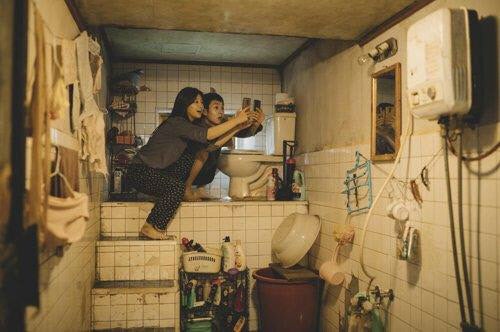 SEOUL — The Seoul City government will financially support 1,500 households living in semi-basement apartments like the one depicted in the Oscar-winning film “Parasite,” to improve their living conditions, it said Tuesday.

Together with the Korea Energy Foundation, the Seoul Metropolitan Government will offer up to 3.2 million won per household to enhance heating systems, replace floors, and install air conditioners, dehumidifiers, ventilators, windows and fire alarms.

A semi-basement apartment is an affordable choice for urban dwellers in Seoul. Some 78 percent of those living in such apartments are from the bottom 30 percent income bracket, according to the municipality.

As portrayed in Korean director Bong Joon-ho’s film “Parasite,” apartments like this tend to be cramped, damp and smelly due to a lack of sunlight and ventilation, especially when the city gets flooded in summer.

As part of the city’s ongoing project to repair old apartments, semi-basement apartments will be given priority in financial support from the municipality and the foundation.

Those who earn less than 60 percent of the median income for a Korean household can submit applications starting in March through community centers and district offices in Seoul, with the range of recipients to be expanded each year.