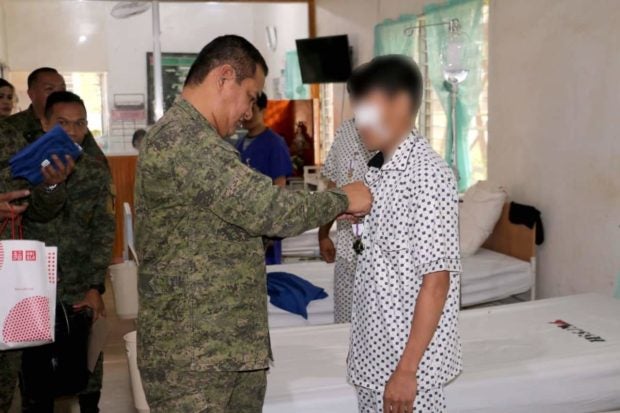 ILIGAN CITY–The Armed Forces of the Philippines (AFP) gave medals of honor to five soldiers who were wounded in a clash on Saturday (Feb. 15) with suspected remnants of the terror group Dawlah Islamiya in the hinterlands of Balindong town, in Lanao del Sur province.

They were part of joint forces of the 82nd and 55th IB that clashed with armed men believed to be members of the Dawlah Islamiya on Saturday, according to Capt. Clint Antipala, acting officer of the 1st Division Public Affairs Office.

Pvt Ellasar Palma of the 55th IB was killed during the clash. Ponio said the soldiers would get the best medical treatment available for their speedy recovery.