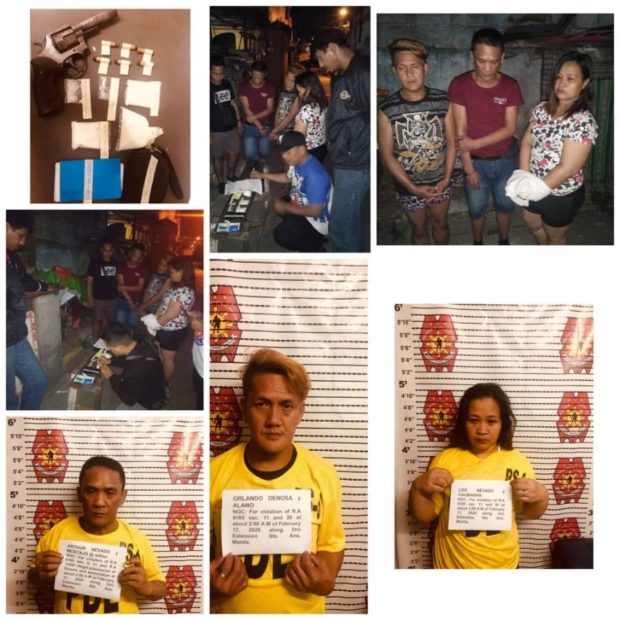 Photo shows the mug shots of the arrested drug suspects and the seized illegal drugs. (Photo courtesy of NCRPO)

Seized from the suspects were five heat-sealed sachets containing shabu weighing  153 grams with an estimated street value of P1,040,468.

The suspects were brought to the nearest hospital for medical examination and they were detained at the Sta. Ana police station‘s custodial facility.

They are facing charges for violation of Republic Act 9165 or the Comprehensive Dangerous Drugs Act of 2002.