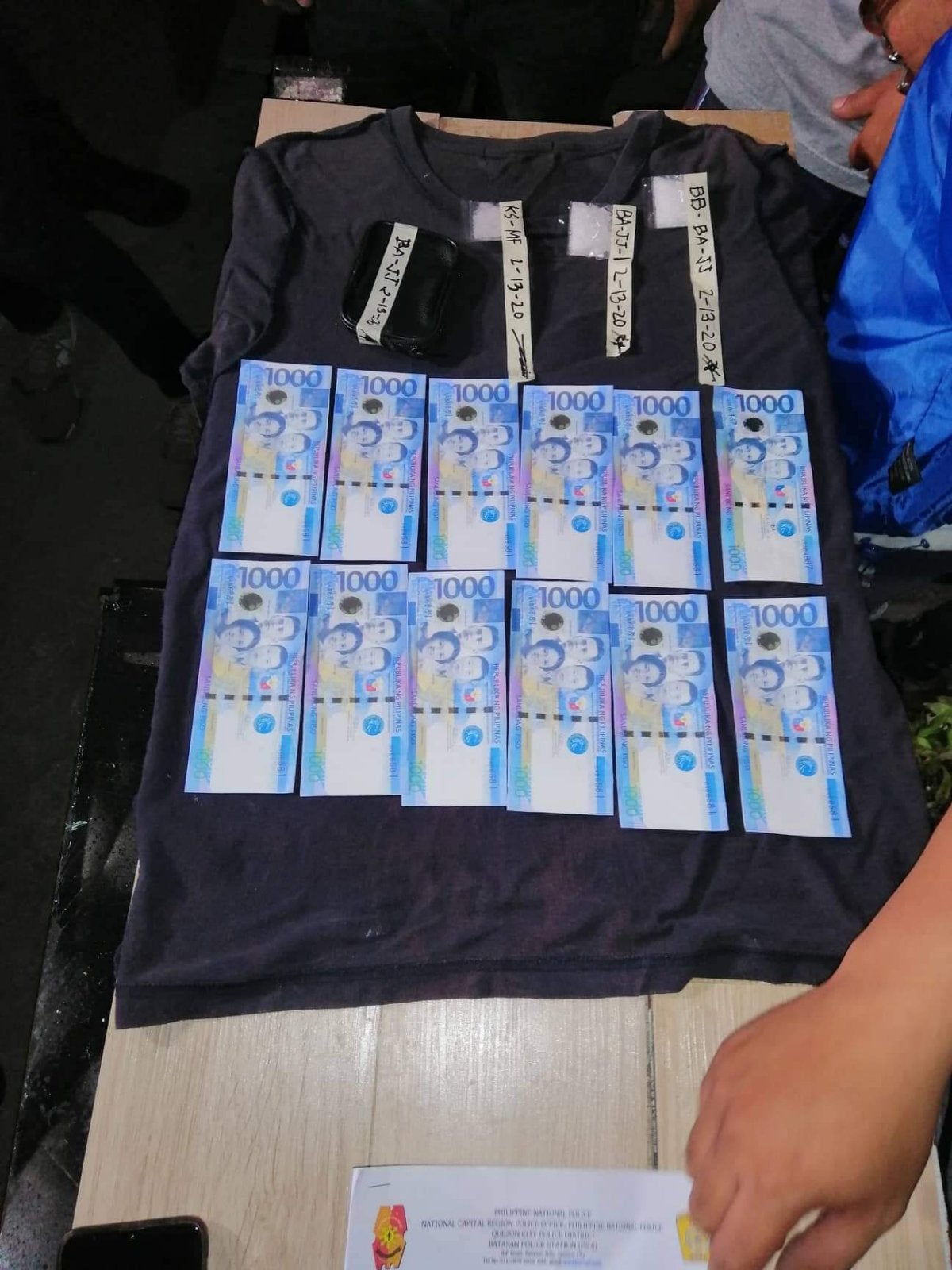 Shabu and marked cash seized from a couple during a buy-bust operation in Barangay Payatas, Quezon City on Feb. 14. /QCPD PIO

MANILA, Philippines — A couple celebrated Heart’s Day behind bars after they were arrested during a drug buy-bust operation in Quezon City on Thursday night.

A report from the Quezon City Police District on Friday identified the arrested suspects as Jerome Joseph De Claro, 43, and his partner Katrina Salvador, 40. De Claro is also the sixth most wanted drug personality of Batasan police station in Quezon City, police said.

Members of the Batasan police station led by Lt. Col. Romulus Gadaoni, arrested the suspects along Barangay Payatas at 11:30 p.m. An undercover police officer bought P12,000 worth of shabu (crystal meth) from the couple during the bust.

The suspects are now detained separately at the Batasan police station.

Charges for violation of the Comprehensive Dangerous Drugs Act of 2002 are being prepared against the arrested couple, police said.

Read Next
Espenido’s case, if true, ‘could be one big reason’ why drug war is failing — Lacson
EDITORS' PICK
Smart powers Liga Adarna Season 4: Race to the Top
Urban poor struggle to adapt as rising seas threaten to remap Metro Manila
Don’t use military to threaten people, Robredo tells Duterte
Mago ‘incommunicado’ since damning testimony vs Pharmally
Huawei’s relentless mission to bring ultimate health and wellness tracking for your fitness goals
Smart reaffirms 5G leadership as PH’s most reliable 5G mobile operator
MOST READ
Mago ‘incommunicado’ since damning testimony vs Pharmally
Senate panel close to having Pharmally exec as witness – Gordon
Gordon on Duterte’s getting Chinese adviser Yang: Would Xi Jinping hire a Filipino?
Do the Marcoses have ill-gotten wealth?
Don't miss out on the latest news and information.