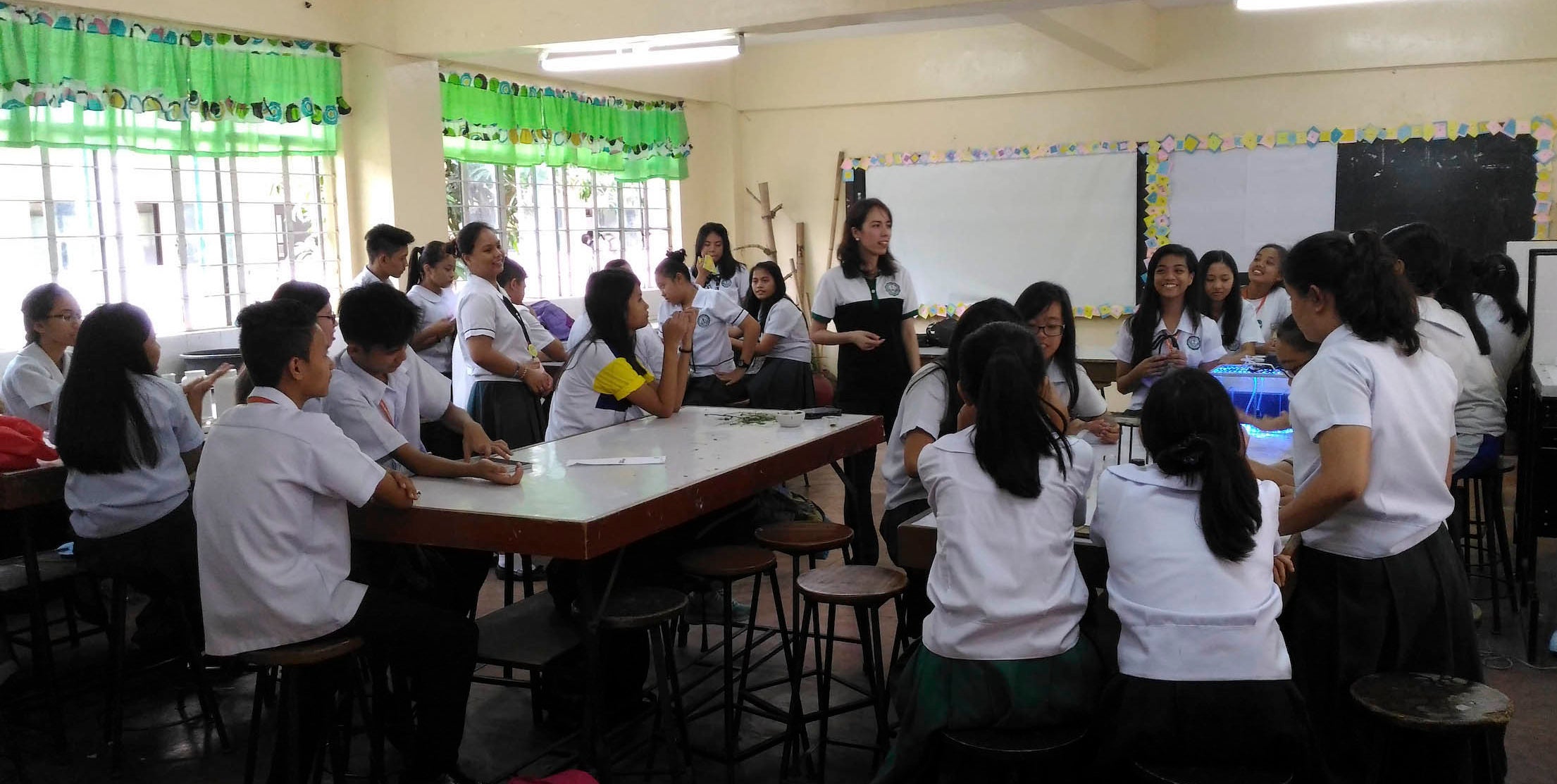 ALL ABOUT GENES For many Filipino students, heredity rather than diligence to learn is the key to academic success, says Andreas Schleicher, director for education and skills of the group that conducts the Program for International Student Assessment in which the Philippines fared last in reading and second to the last in mathematics and science among 79 countries and economies. —INQUIRER FILE PHOTO

Many Filipino students believe that success in learning is all in the genes and that making an effort is not a solution to low academic performance, an official of the Organization for Economic Cooperation and Development (OECD) told a Senate hearing on Thursday.

The OECD conducted the Program for International Student Assessment (Pisa) in which the Philippines fared poorly.

Andreas Schleicher, the agency’s director for education and skills, told the senators through teleconferencing from France that one of the group’s findings was that Filipino students attributed success in learning to intelligence rather than hard work. The Senate hearing was called to discuss the results of the 2018 Pisa.

“We find that most Philippine students do not believe in effort as a solution for learning outcomes,” Schleicher said.

“When we ask whether success in learning is about intelligence rather than hard work, there’s a large share of students in the Philippines who believe that success in education is about genes,” he added.

A much smaller share of students believe they could change the results, he said.

The OECD calls this a lack of growth mindset. Students who believe they have the means and ownership of success are more likely to succeed, according to Schleicher.

He noted that in top performing educational systems like in China, students had the mindset that if they tried hard and invested time and effort, they would be successful.

“That is not the case in the Philippines,” he said.

“If you believe success in mathematics is about your genes, why would you study hard and not change those outcomes?” he added.

Philippine students should change their thinking and believe that if they make the effort, they can achieve good results, he said.

Among 79 participating countries or economies in the 2018 Pisa, the Philippines ranked lowest in reading and second lowest in both mathematics and science.

Sen. Sherwin Gatchalian said Schleicher’s observations were new to him and asked how this lack of growth mindset could be changed.

The finding showed that Filipino students were resigned to the fact that being a high performer was due to heredity, which was contrary to the thinking of other OECD children, said Gatchalian, who chairs the basic education committee.

“It seems to me our children have surrendered at an early age,’’ he said. “For me, they’re already resigned to the fact that they can’t be at that high achievement level because they’re not born intelligent, their parents are not intelligent and didn’t go to school.”

Schleicher said evidence showed this mindset was not fixed and could be changed.

Teachers could track individual students’ outcomes and show them the progress they have made by investing in effort.

Another method is to set the same ambitions and expectations for students regardless of their background, even if they are disadvantaged.

“The moment you lower expectations for students, you are sending the student a signal that [they] are not good enough,” he said.

Education Secretary Leonor Briones said this was a challenge not just to the Department of Education (DepEd), but to Philippine society as well.

Briones said that unlike Schleicher, she believed culture had something to do with this mindset.

Filipinos have certain attitudes and mores that contribute to this, such as the “bahala na (come what may)” attitude where people just take things as they come.

They also have the attitude in which they take everything as the will of God, and that the poor would be blessed in the afterlife.

“These attitudes influence the mindset of a child,” Briones said.

She also said she wanted to study the effects of the actions of teachers and other persons of authority when they would taunt or disparage students for their poor performance, such as uttering statements that poor performers should just plant “camote” (sweet potato) or that they would not amount to anything.

“If you say that about a child, the effect can be transforming,” Briones said. These actions contribute to their failure, she added.

MemorizingSchleicher also said during the Senate hearing that Philippine students were good in producing subject matter content and memorizing material, but did not do well in applying the knowledge they learned.

“According to Pisa, students spend too much [time] learning materials by heart and little time to actually creatively use and apply knowledge, question hypothesis, build hypothesis,” he said.

A large part of Pisa tasks require students to apply and use the knowledge they have, Schleicher said. This is because the economy requires people to creatively use what they have learned, he said.

The Philippine performance could be attributed to instruction in schools, and modifying the methods of instruction is needed, he said.

Gatchalian said one reform being implemented was to change the curriculum, which was too congested.

He said some 300 competencies were being taught to students in only 200 school days in a year.

Another issue that officials must confront is too many noneducation tasks given to teachers, which deprive them of time to focus on students and to coordinate with the children’s parents. These include election duties and even the deworming of students, Gatchalian noted.

Briones said the country joined Pisa to establish a baseline in relation to global standards.

She also said the DepEd had expected the country not to do well in Pisa based on results of the National Achievement Test.