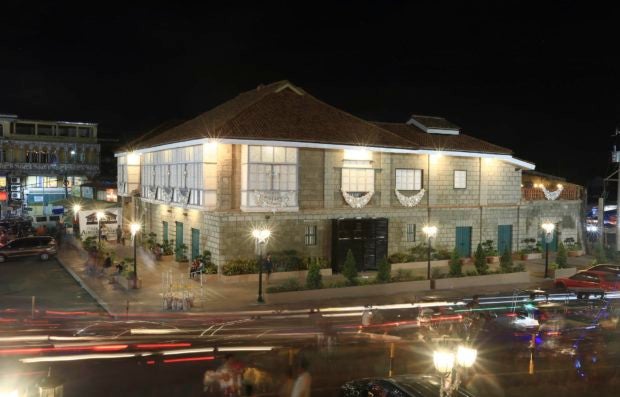 Biñan City government recently broke the ground for six infrastructure projects worth P280 million that it aimed to complete over the next 18 months, as it moved toward modernizing the former farming town.

The projects were unveiled during the city’s three-day festivity that commemorated both its liberation from the Japanese forces toward the end of World War II in 1945 and its becoming a city a decade ago.

One of the first-class cities in Laguna province, Biñan (population: 300,000) has industrialized a large part of the city but at the same time has strived to preserve its historic and cultural character, particularly the old town center.

Promoting local culture has been one of the programs of Mayor Walfredo Dimaguila Jr., who said tracing the roots or history of the city was “important in planning for the future.”

“Cultural mapping” or archiving local historical landmarks and old houses began in 2019 and concluded with the public launch of the restored Alberto Mansion, the 200-year-old ancestral house of Teodora Alonso, the mother of national hero, Dr. Jose P. Rizal. In keeping up with the times, Biñan City unveiled the P10-million drug reformation and rehabilitation center called “Bahay Silangan” that can accommodate 120 drug dependents.

The city also broke the ground for other infrastructure projects, including a 200-bed hospital to augment its Ospital ng Biñan.

Officials also announced plans to build a new fire station and a city jail that can house about 300 inmates. The city government allotted P100 million for the new detention facility.

But perhaps the biggest of the projects is the 1,552-square-meter commercial complex that combines an elevated parking building and a hotel behind the Alberto Mansion.

Dimaguila said the P170-million project was the first public-private partnership the city had entered into.

For education, the city is putting up a four-story building for its Polytechnic University of the Philippines campus to accommodate more students, Dimaguila said. —MARICAR CINCO