Village chief, who yielded during Tokhang in 2016, gunned down 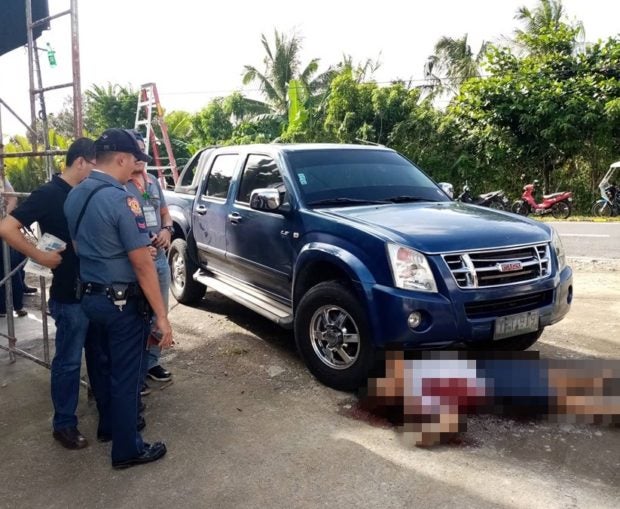 The lifeless body of Onion village chief Noel Oranio sprawled on the ground after he was shot dead by unknown assailants on Thursday, February 13. (CONTRIBUTED PHOTO)

ORMOC CITY—A village chief was gunned down by still unidentified assailants at a village in Baybay City past 2 p.m. on Thursday (Feb. 13).

Noel Oranio, 48, and village chief of Onion, Mahaplag town in Leyte, was about to pick up a tire at a vulcanizing shop when he was shot repeatedly.

Capt. Omar Roel Cartalla, chief of the Mahaplag police, said Oranio had surrendered during Oplan Tokhang in 2016, which became controversial after it led to the killing of drug suspects. Tokhang was supposed to be just a campaign to convince drug users and pushers to repent and reform.

Oranio became a high-value target when he was elected village chief.