14-year-old student dies, 7 others hurt as jeepney hits them in Makati

MANILA, Philippines — A 14-year-old male student died and seven of his schoolmates were injured on being hit by a wayward jeepney as they were crossing J.P. Rizal Avenue in Barangay Poblacion in Makati on Wednesday night.

According to Col. Rogelio Simon, Makati police chief, the jeepney was traveling on J.P. Rizal Avenue when it lost its brakes near the corner of Mabini Street at around 7:30 p.m.

The names and other details about the students were not disclosed in the report. According to police, however, their ages ranged from 13 to 17.

They were taken by bystanders to the Ospital ng Makati and the Makati Medical Center.

Simon said in a text message to INQUIRER.net that the jeepney driver, Crizalde Tamparong, was detained at Traffic Bureau of the Makati City Police Station pending the filing of a case against him.

The incident was still under investigation as of this posting. 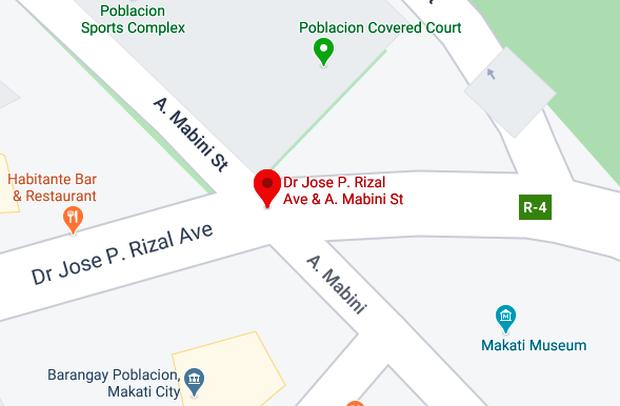 The accident happened on J.P. Rizal Avenue near the corner of Mabini Street in Barangay Poblacion in Makati. (Image from Google Maps)