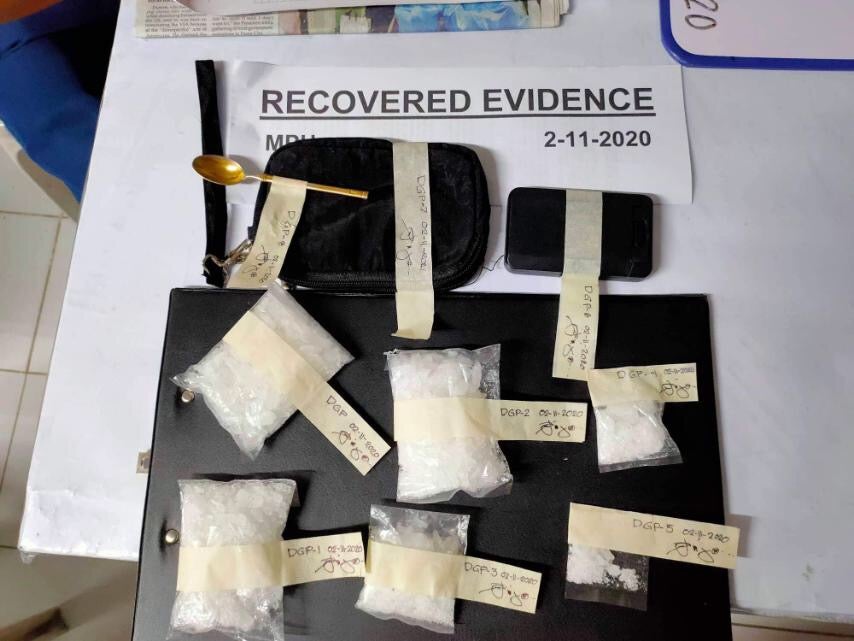 A motorcycle rider was busted for possession of P1.2 million worth of shabu while passing a checkpoint in Taguig City Tuesday afternoon (Photo courtesy of Southern Police District)

MANILA, Philippines — Police confiscated P1.2 million worth of shabu (crystal meth) and arrested a motorcycle rider at a checkpoint in Taguig City on Tuesday afternoon.

The Southern Police District (SPD) on Wednesday identified the suspect as Darwin Pindaliday, 40.

The Taguig City police’s Mobile Patrol Unit was manning a checkpoint along C-6 Road in Barangay Hagonoy at 4:50 p.m. when they nabbed the suspect in possession of 179.9 grams of shabu.

The confiscated illegal drugs were turned over to Southern Police District Crime Laboratory while the suspect was detained at the Taguig City Police Station Custodial Facility.