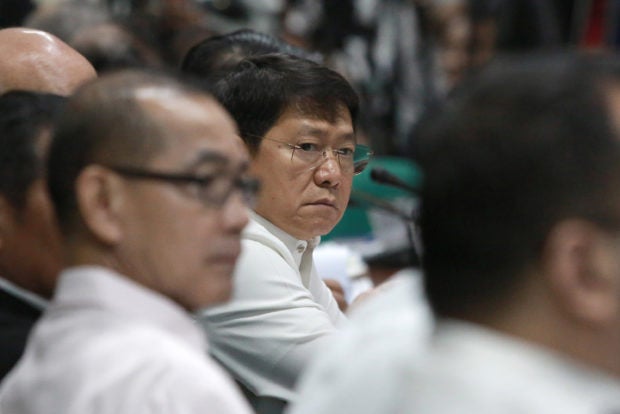 Año said the situation on the 2019-nCoV is further exacerbated by the fact that there are individuals spreading erroneous information that is “more viral than the virus itself.”

“We already have enough on our plate. Hindi po sila nakakatulong sa paglutas ng ating problema bagkus mas pinapalala pa nila ang problema [They are not helping in solving the problem instead they are further exacerbating this problem],” he said.

He added that the Philippine National Police (PNP) will not hesitate to jail those who are guilty of propagating fake news on social media platforms.

“Freedom of expression has limitations, especially when its exercise threatens the welfare of the public. We must put an end to fake news on social media. Kaya sa mga sinasadyang magpakalat ng fake news, stop now before we lock you up,” Año warned.

(Those who intentionally spread fake news to the public, stop now before we lock you up.)

Recently, the Department of the Interior and Local Government (DILG) became a victim of fake news when an infographic allegedly coming from the agency was distributed saying that it has placed mandatory quarantine on all travelers from 23 countries that have confirmed 2019-nCoV cases.

DILG spokesman Jonathan Malaya said that this type of false information caused panic among travelers who consequently wanted to cancel their trips because of the false news.

“It has become absurd and worrisome. Again, we urge the public to trust only official sources of information and to verify first before sharing. Think first before you click,” he said in a statement.

Malaya assured that the PNP unit is “working hard” to locate offenders of the law, adding that arrests could be expected “soon.”

He noted that purveyors of fake news could face charges for violations of Article 154 of the Revised Penal Code or the “Unlawful Use of Means of Publication and Unlawful Utterances.”

Violators are facing imprisonment of one to six months and a fine ranging from P40,000 to P200,000, Malaya warned.

They could also be punished under the Republic Act 10175 or the Cybercrime Prevention Act of 2012.

“These laws are created for a reason — to punish law offenders,” the DILG official said.

(We are reminding individuals who spread false news to stop this and cooperate with the government to combat and resolve the problem.)