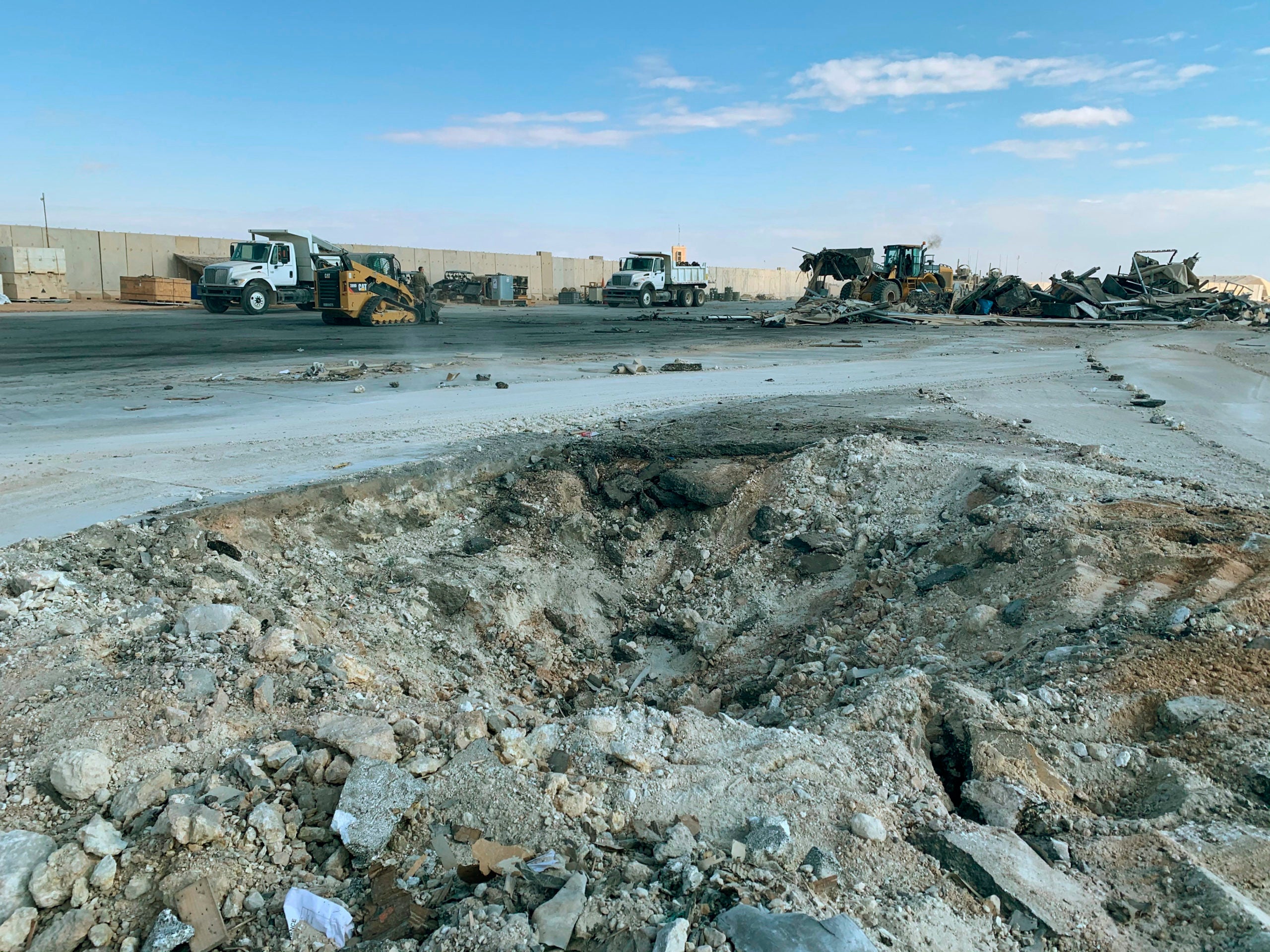 FILE – In this Jan. 13, 2020 file photo, Iranian bombing caused a crater at Ain al-Asad airbase in Anbar, Iraq. Ain al-Asad airbase was struck by a barrage of Iranian missiles, in retaliation for the U.S. drone strike that killed a top Iranian commander, Gen. Qassem Soleimani. The Pentagon now says 50 service members have been diagnosed with traumatic brain injury caused by the Jan. 8 Iranian missile attack on an airbase in Iraq where U.S. and coalition troops had taken cover in advance. (AP Photo/Ali Abdul Hassan)

WASHINGTON  — The number of U.S. service members diagnosed with traumatic brain injury (TBI) has shot up to more than 100, the Pentagon said Monday, as more troops suffer the aftereffects of the Iranian ballistic missile attack early last month in Iraq.

The department said the latest total is 109 military members who have been treated for mild TBI, a significant increase over the 64 reported a little over a week ago.

The number of injuries has been steadily increasing since the Pentagon began releasing data on the injuries about a week after the Jan. 8 attack at al-Asad Air Base in Iraq. Pentagon officials have warned that the number would continue to change.

The department said 76 of the service members have returned to duty, while 26 are in Germany or the United States for treatment, and another seven are on their way from Iraq to Germany for evaluation and treatment.

Defense Secretary Mark Esper told Pentagon reporters more than a week ago that the department was studying ways to prevent brain injuries on the battlefield and to improve diagnosis and treatment.

Army Gen. Mark Milley, chairman of the Joint Chiefs of Staff, said it’s possible, in some cases, that symptoms of TBI from the Iranian missile attack won’t become apparent for a year or two. He said the Army is in the early stages of diagnosis and therapy for the troops.

In a statement Monday, Pentagon press secretary Alyssa Farah credited medical professionals with providing care “which has enabled nearly 70 percent of those diagnosed to return to duty. We must continue to address physical and mental health together.”