In The Know: Melchora Aquino 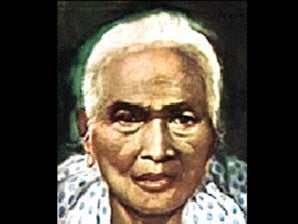 Known as the “Mother of the Philippine Revolution,” Melchora Aquino or Tandang Sora, was born on Jan. 6, 1812, in Caloocan, Rizal.

When the revolution broke out in 1896, Aquino, at the age of 84, became a supporter of the Katipunan, providing them with rice and cattle for food.  She also nursed Katipuneros who were wounded in battle.

She was arrested and jailed by Spanish authorities on Aug. 29, 1896.  While held captive, she was subjected to interrogations but she refused to reveal information on the Katipunan.

Aquino was deported to Guam, where she lived in exile for six years.  Before going to exile, she reportedly said: “If I have nine lives, I would gladly give them up for my country.”

She returned to the Philippines on Feb. 26, 1903, after being repatriated by the US government.

She died on March 2, 1919, at the age of 107.  Her remains were interred at the Mausoleum of the Veterans of the Philippine Revolution at the Manila North Cemetery. Inquirer Research