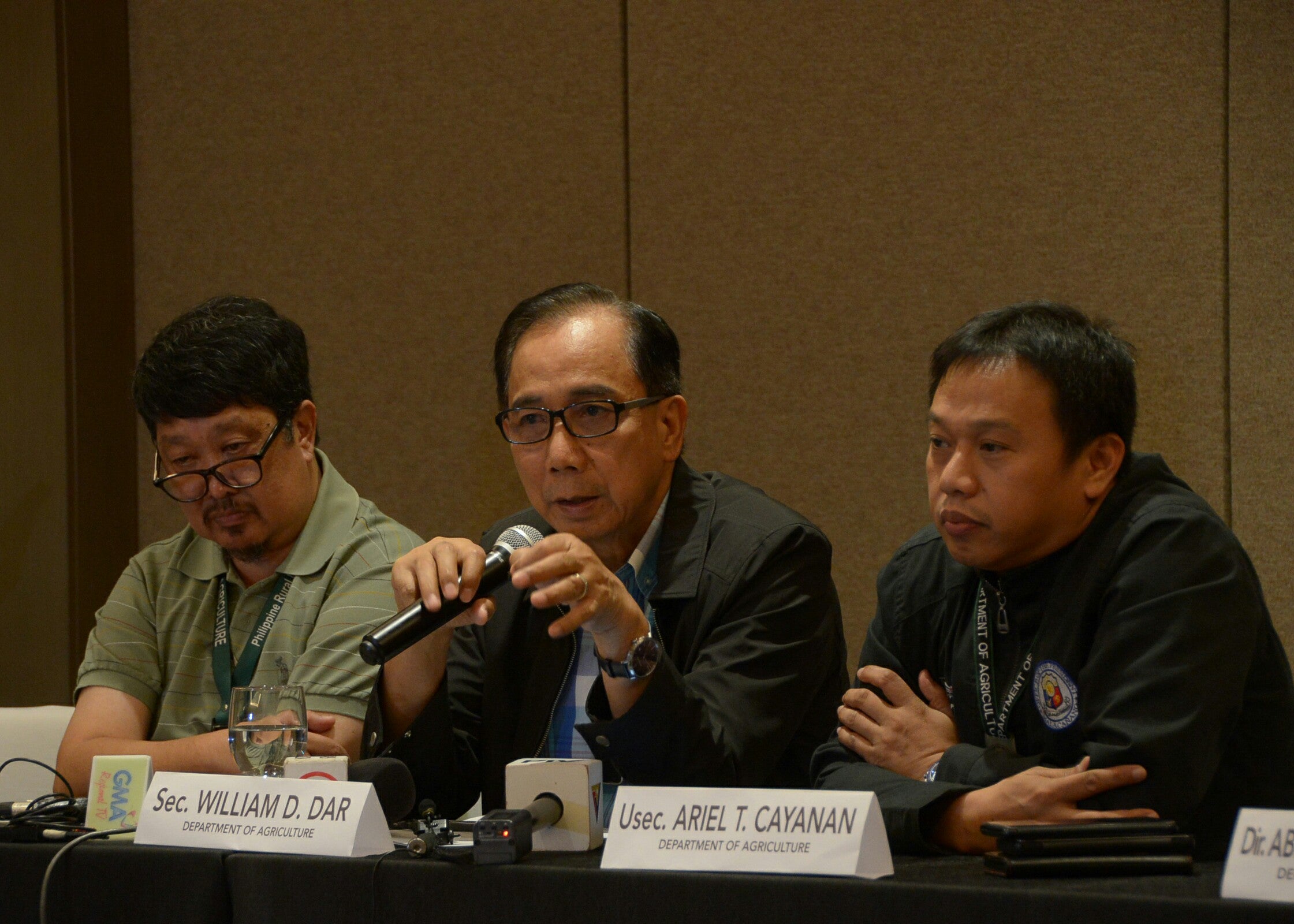 DAVAO CITY–Agriculture officials are looking into the possibility that contaminated meat from Indonesia could have found their way to Mindanao and caused the outbreak of African swine fever (ASF) among pigs here.

Agriculture Secretary William Dar said the practice of swilling and the possibility that pork, including canned goods, from Indonesia had entered Mindanao could have caused the ASF outbreak first detected in Marcelino town in Davao Occidental.

“Although we are considering other factors, the likelihood that pork meat from Indonesia could have entered Mindanao and found their way to kitchen wastes and on to the hogs was much closer,” said Agriculture Undersecretary Ariel Cayanan during a press briefing here on Saturday.

“There are Christian population in Indonesia and they’ve reported an ASF outbreak there,” said Ricardo Oñate, DA regional director here.

As of Friday evening, at least 10,000 of about a million hog population in the region have been culled in a bid to control the outbreak.

Dar said there was no telling yet how many more pigs still needed to be culled.

He advised all local government in affected areas to heighten surveillance and monitoring in areas where there were reported pigs’ death as there were possibilities that desperate hog raisers would sell infected pigs to traders who would in turn, butcher and sell these to the market, unwittingly aiding the spread of the disease. “In our experience (with the ASF outbreak in Luzon), me nagtatago, ibinebenta sa traders (there were those who hide and sell their hogs to traders), that’s how the (ASF contamination) spread,” Dar said.

Oñate said the ASF positive cases found in Koronadal City and even those detected in Davao City had been traced to a single origin in Davao Occidental. The pigs were traded and bought in the livestock auction market in Sulop, Davao del Sur but they mainly came from Davao Occidental suppliers.

Of the 42 pigs in Koronadal City, South Cotabato found to be bought from the Sulop auction site, 11 were found positive of ASF.

Oñate said they had already ordered the Sulop auction site closed and had directed the concerned personnel to disinfect the area before its reopening a month afterwards.

“We’d like to inform the public and this is because hog traders are doing this without their knowing it, stop buying hogs from affected areas,” Dar said.  “We have the same experience in Luzon. They butcher and sell pork from affected areas. That’s how it spread from region 3.”

Under the DA’s quarantine protocol, all pigs within one kilometer radius from the reported swine death had to be culled.