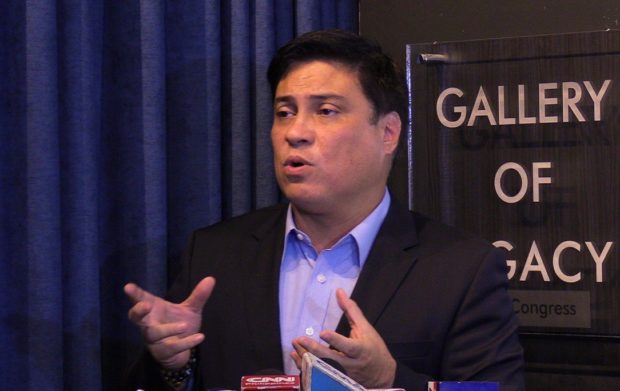 MANILA, Philippines — Majority of senators are opposed to legalizing divorce and instead prefer a proposal to streamline the annulment process “allowed by our faith and belief,” Senate Majority Leader Juan Miguel Zubiri said Friday.

Zubiri issued the statement following a House committee’s approval of a bill instituting divorce in the Philippines.

The Philippines and the Vatican are the only remaining states that disallow divorce.

(Most of us are against divorce because we don’t want to be end up like other countries.)

(What we don’t like about divorce is it seems to be an easy way out, it’s like ‘Okay let’s file for divorce. We’re married now and then after five days or five months, we can file for divorce).

He said shortening the process of Church-decreed annulment would be a “more accepted” option for his colleagues in the Senate.

“This is not as controversial as divorce,” he added.

He said Senate Bill No. 1059, which he filed in September last year, seeks to shorten and simplify the process of annulling marriages in the country by recognizing the civil effects of a Church-allowed annulment for couples who have irreconcilable differences.

(This seeks to simplify the process of recognizing Church-allowed annulment).

Under the bill, the final judgment or decree of annulment or dissolution issued by the proper church or religious sect should be recorded with 30 days in the appropriate civil registry.

He said his proposal is also in line with Pope Francis’ call to make Church annulment shorter and easier to avail.

(With how long the Church takes to annul a marriage and then after the Church annuls your marriage you then have to go through an eye of a needle, a very long and expensive process of the court to secure a state annulment which all in all could take as long as 10 years).